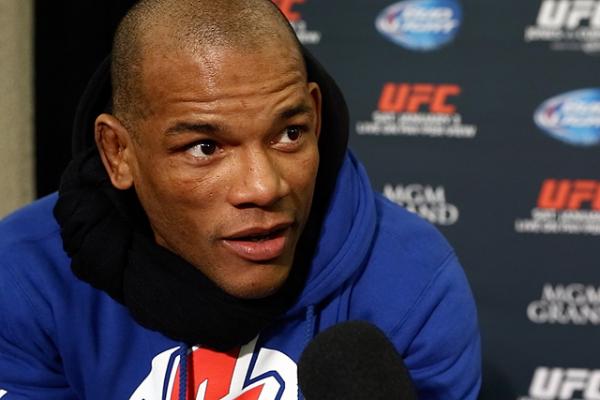 Facing a year-long suspension before being allowed to compete in mixed martial arts once more, welterweight Hector Lombard is looking to go back to his roots.

Combat Press has learned from sources close to the fighter that the UFC fighter is targeting qualification for the Australian Judo team for the 2016 Summer Olympics which take place in Rio de Janeiro, Brazil. Lombard, who was born in Cuba, received Australian citizenship in 2006.

Lombard competed in the 2000 Olympics in Judo where he represented Cuba in the 73-kilogram division. He then turned his attention to MMA, turning pro in 2004. In addition to competing in the UFC, Lombard is a veteran of Pride FC, as well as a former Bellator MMA middleweight champion.

The last time Lombard fought inside the Octagon, he defeated Josh Burkman via unanimous decision at UFC 182. However, that victory was overturned and ruled a no-contest by the Nevada State Athletic Commission after Lombard tested positive to the anabolic steroid desoxymethyltestosterone (DMT) in his post-fight drug test.

If the 37-year-old is serious about his plans to compete in the 2016 games, he will have to make haste. His only real opportunity to qualify for the Australian team will be this June at the Australian Nationals.