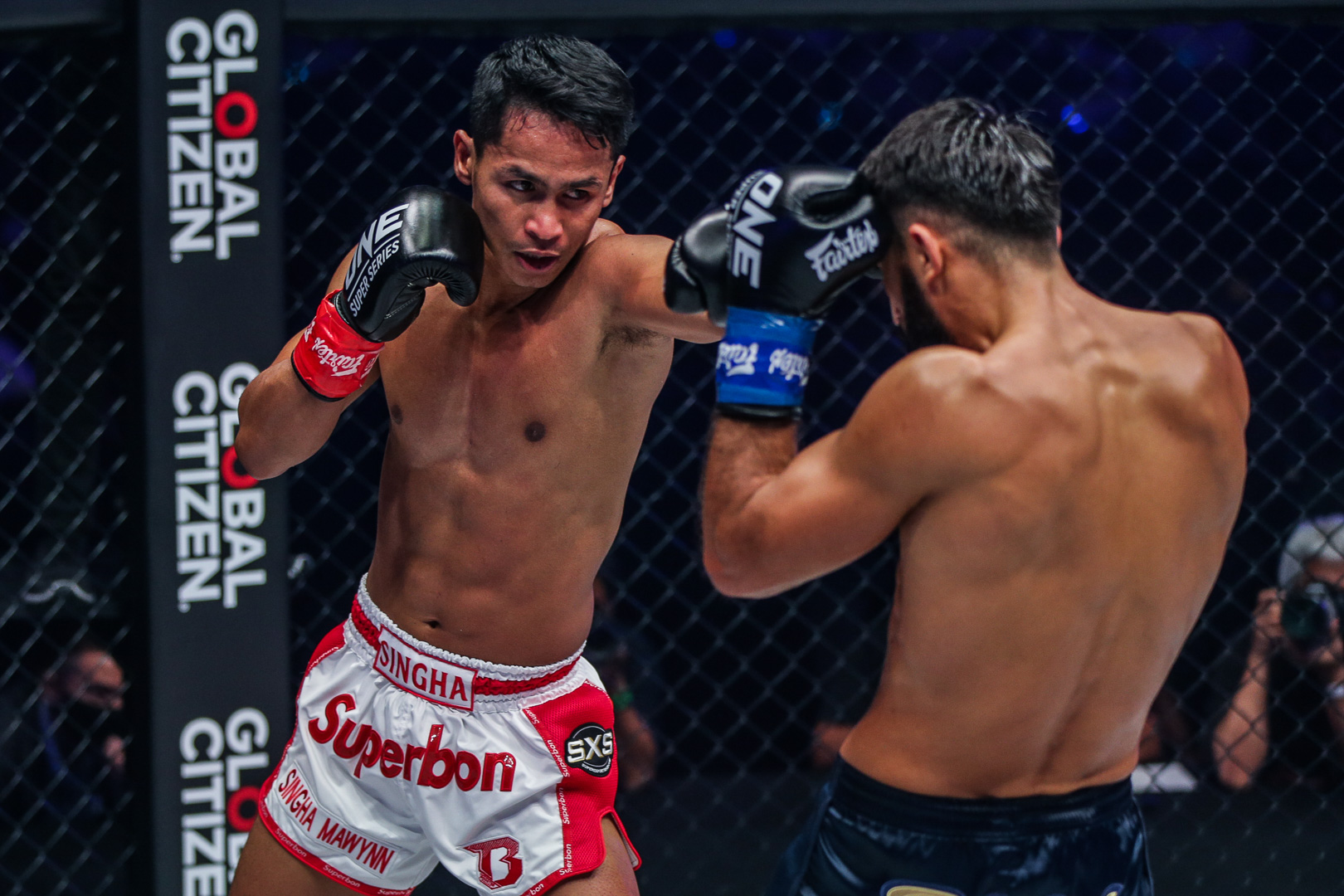 ONE Fight Night 6: Superbon vs. Allazov Preview and Predictions

ONE Championship will host their first calendar year event on Friday, Jan. 13. ONE Fight Night 6 on Prime Video is a stacked fight card featuring three world championship fights and a historic mixed-rules bout.

In the main event, arguably the best two kickboxers on the planet go toe-to-toe. Chingiz Allazov, the ONE featherweight kickboxing grand prix champion, gets the opportunity to become the undisputed king by taking out pound-for-pound warrior Superbon Singha Mawynn. Allazov has a lot of momentum, but beating Superbon, the reigning champion, is no easy task.

The co-main event presents another world-title kickboxing bout. Superlek Kiatmoo9 and Daniel Puertas look to capture the flyweight kickboxing title after Ilias Ennahachi pulled out of the event and vacated the throne. Both fighters will likely keep an eye on the flyweight kickboxing fight earlier in the night, where Rodtang Jitmuangnon looks to become the number one contender against Jiduo Yibu.

ONE Fight Night 6 also features the return of Mikey Musumeci, who is defending the ONE lightweight submission grappling title for the first time against Gantumur Bayanduuren. The eight-bout fight card includes Stamp Fairtex vs. Anissa Meksen in a mixed-rules bout, Garry Tonon looking to get back on track, and Aung La N Sang trying to gain momentum.

ONE Fight Night 6: Superbon vs. Allazov airs live on Amazon Prime Video starting at 8 p.m. ET, with two postlim bouts following on YouTube. Let’s take a look at the preview and predictions.

Chingiz Allazov earned this main event showdown by winning the featherweight kickboxing grand prix; how does he fare vying for the title against Superbon Singha Mawynn?

Chingiz Allazov earned his title shot against Superbon Singha Mawynn by taking out Jo Nattawut and Sitthichai Sitsongpeenong. “Chinga” is widely considered one of the best kickboxers on the planet. Meanwhile, Superbon has looked nearly unbeatable in his last two title defenses against Giorgio Petrosyan and Marat Grigorian.

Allazov might have a power advantage, while Superbon relies on his speed, footwork, and ability to fight moving backward. Chinga could find a way to score points, but the grand prix champion likely needs a finish to beat Superbon. When the dust settles, Superbon will emerge victorious by unanimous decision.

The vacant flyweight kickboxing world championship is on the line in the co-main event; will it be Superlek Kiatmoo9 or Daniel Puertas going home with the gold?

Daniel Puertas was initially supposed to fight Rodtang Jitmuangnon before being promoted to the co-main event title fight. Puertas is coming off a win against Jiduo Yibu, while Superlek Kiatmoo9 last fought in kickboxing against Ilias Ennahachi in Feb. 2021, where Ennahachi won by unanimous decision.

Don’t get me wrong, Puertas is a dangerous kickboxer, and Superlek is primarily a kickboxer, but this could be a one-sided affair. Superlek is overall the better technician with an impressive fight IQ to match. Puertas would have a better chance with a full fight camp to game plan. Superlek should secure the flyweight kickboxing world championship inside the distance.

Mikey Musemeci put on a master class to earn the submission grappling title over Cleber Sousa; does short-notice replacement opponent Gantumur Bayanduuren have a legitimate chance at snatching the title away?

Mikey Musumeci is emerging as the biggest superstar in ONE’s expansion into submission grappling. The 26-year-old will defend his lightweight title for the first time against Combat Sambo world champion Gantumur Bayanduuren, who looks to overwhelm Musumeci with an aggressive style.

ONE’s submission grappling divisions have been dominated by jiu-jitsu practitioners thus far. Therefore, it’s hard to predict Bayanduuren winning until we see someone with Musumeci’s flexibility and creativity lose. ‘Darth Rigatoni’ should be able to counter Bayanduuren’s aggressiveness and find himself securing a submission before the final bell.

Stamp Fairtex vs. Anissa Meksen is a can’t-miss matchup at ONE Fight Night 6. After the success of Demetrious Johnson vs. Rodtang Jitmuangnon at ONE X, the Asia-based promotion wanted to allow their female fighters to shine.

They matched up Stamp, an active atomweight MMA contender who is a former two-sport champion in Muay Thai and kickboxing, and Meksen, a 7-time kickboxing and Muay Thai world champion.

Like Johnson vs. Rodtang, Stamp vs. Meksen will start with Muay Thai rules for the first round and then switch to MMA rules for the second round. Meksen is the better striker on paper, but Stamp’s submission skills could be an issue under MMA rules. Make sure you don’t miss this mixed-rules bout, because it might be the fight of the night.