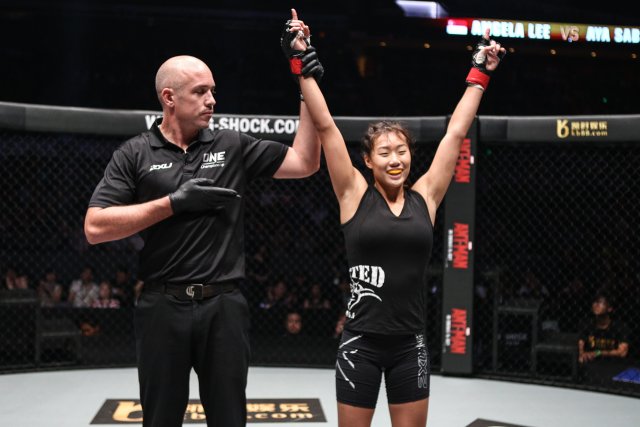 ONE on Prime Video 2 Predictions From the ONE Stars

ONE World Champions Angela Lee and Xiong Jing Nan are ready to go to battle once again when ONE Championship returns to Prime Video on Friday, September 30. Atomweight queen Lee will challenge Xiong for her strawweight crown in a trilogy contest guaranteed to be fireworks.

Both stars have defended their belts in the previous two battles, and the series is deadlocked at 1-1. Now back at strawweight, Lee sees a path to becoming a two-division World Champion, while Xiong is determined to retain her iron grip on the division.

In the evening’s co-main event, ONE will crown its first-ever submission grappling world champion when Mikey Musumeci and Cleber Sousa collide in their own trilogy contest for the he ONE Flyweight Submission Grappling World Championship.

With the combat sports world waiting impatiently for the outcome of these two fascinating battles, here’s what some of ONE’s biggest stars had to say when predicting the results.

Demetrious Johnson: I think one’s better than the other in certain areas. I think Angela’s better in the overall game of mixed martial arts, but I think ‘The Panda’ is better on her feet.

At the end of the day, I think Angela beats her. I think Angela is going to use the overall game, walk her down, wrestle, get it on the ground, [and unleash her] ground-and-pound.

Aung La N Sang: I think Xiong Jing Nan’s going to be able to defend her submissions, defend the takedown, and she already knows how to beat Angela Lee. So, I’m leaning toward Xiong Jing Nan in this match.

Arjan Bhullar: Xiong’s best asset, in my opinion, is that she’s tough as nails. [She has] a great will to win and will to push through. It’s not going to be easy to break that for Angela Lee, but I think she has the tools to technically beat it.

Marcus Almeida: This one is a draw. They both are my teammates, and I know they both will be well prepared for this one!

Stamp Fairtex: I think Xiong will still beat Angela in the strawweight division because this is her natural weight [class] and her own belt. She definitely trains hard to defend her title. Xiong’s punches are fast and heavy. I think she can handle Angela with those strikes. I think the game will go to Xiong Jing Nan.

Jihin Radzuan: I’d have to go with Xiong Jing Nan. I think her striking is technical and strong, she knows when to attack, and I see this being one of the biggest factors in this fight. It’s hard to see how Angela brings Xiong down without much trouble, but I wouldn’t entirely count her out.

Colbey Northcutt: I believe Angela Lee will win because she has something that Xiong Jing Nan doesn’t – she’s a new mom. They’re 1-1, and Angela won their last fight.

And as a new mom myself, I can understand how Angela talks about her new reason ‘why.’ She’s fighting for her daughter, and it’s lit a new fire inside her. I believe Angela will win by submission.

Jackie Buntan: Although Xiong Jing Nan has been at the forefront of this division, I think Angela can take the win. She’s proven that. She’s only come back hungrier and better. I’m always excited to watch her perform.

Ritu Phogat: Both are amazing fighters, and both have reached here after hard work and dedication. I think Xiong has improved her wrestling and ground game a lot. I believe that she will win this.

Xiong looks like the stronger one. Earlier, Xiong was dependent on her striking, but now she has a ground game in her arsenal too. I don’t think this match will end with a knockout because both know how to recover from tough situations. I think the match could go to the last round.

Jessa Khan: I think Mikey will win. I see him dominating the fight, then eventually submitting [him].

Garry Tonon: I predict Mikey Musumeci will have a dominant performance. I believe he has a level up on the competition in his weight category right now.

Renato Canuto: I’ve known of both these guys for about 10+ years now. They both have great grappling abilities and are well-rounded. I’ve trained often with Mikey here in Las Vegas and can say first-hand that his understanding is on another level. Cleber has a more athletic approach, which can be also tricky to deal with. I think Mikey gets the W on this one, but I’d never count Cléber out!