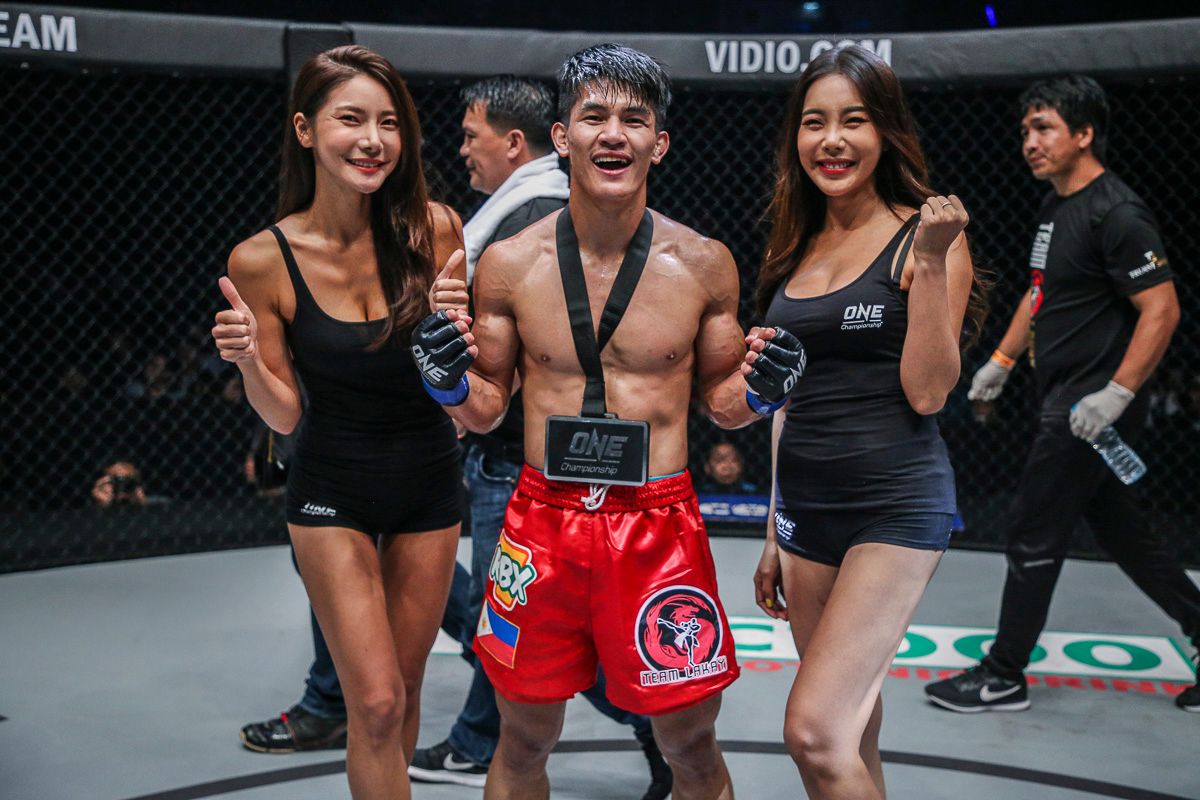 ONE Championship‘s second-ranked flyweight contender Danny “The King” Kingad is hoping to secure another crack at Adriano Moraes’ ONE flyweight title with a dominant showing at ONE Championship: Winter Warriors II, a previously recorded event airing on Dec. 17.

In the evening’s main event, the Team Lakay star returns to the ONE Circle against former flyweight king Kairat Akhmetov. And, after several delays, he is excited to get his shot at the former World Champion.

“Finally, right?” Kingad told ONE Championship. “I hope this pushes through this time. It’s been years. I’ve been wanting to face him for a long time. Unfortunately, our match got canceled twice. Now, it’s a different kind of excitement for me. I’m facing someone that I’ve always wanted to face.”

Kingad’s anticipation is justified given the complicated history of this match-up. The two were originally supposed to meet in the 2019 ONE flyweight world grand prix, but Akhmetov had to pull out due to injury. Then, they were scheduled to meet the following year, but it got called off after Kingad contracted COVID-19.

Despite having yet to face each other in the Circle, the rivalry has been stoked by Akhmetov’s claims that Kingad lacks the power to finish him, and that his grappling will not cause him any problems. These are claims that the Filipino has taken in stride.

“He’s been saying I’m not that good on the ground?” Kingad questioned. “I’ll be working on my ground game more than ever. All the things that he’s been saying, I’m just turning it into motivation to become a better athlete.

“I’m really not into saying or proclaiming things. I’m not a fan of people saying, ‘I’ll beat this guy’ or what-not, because, in each match, your opponent is also preparing hard for you. Let’s just say I’m not afraid of him.”

As Akhmetov has been talking, Kingad’s been listening. And the second-ranked flyweight contender is excited to exchange leather with the fourth-ranked Kazakhstani fighter, after hearing that he is seeking to test his skills on the feet.

“I watched his last fight, and I got really excited because his improvement really impressed me,” said the 26 year old. “He’s also said that he wants to strike with me, so I’m really motivated by that. I hope he knows that he’s facing a deadly striker.

“Maybe I’ll give him problems when we box. If he truly decides to strike with me, then he’s basically playing my game. That’s the match that I want, so I hope he knows what he wants.”

The ever-confident Kingad knows that he is sitting on the precipice of another title shot against Moraes, who defeated him in his last shot at gold in 2017. With a win on Dec. 17, The King will be looking for his opportunity to be crowned, but he’s also ready for anything that will come his way.

“I’ve been waiting for another world title shot for a long time,” said Kingad. “But, if I don’t get it, I’ll be ready for whoever they’ll put in front of me. In case I beat Akhmetov, I hope they finally give me Adriano. But, whoever it is, I’ll be excited for it.”

Kingad gets his next main event slot at ONE: Winter Warriors II on Friday, Dec. 17. The event airs on Bleacher Report’s YouTube page at 7:30 a.m. ET.