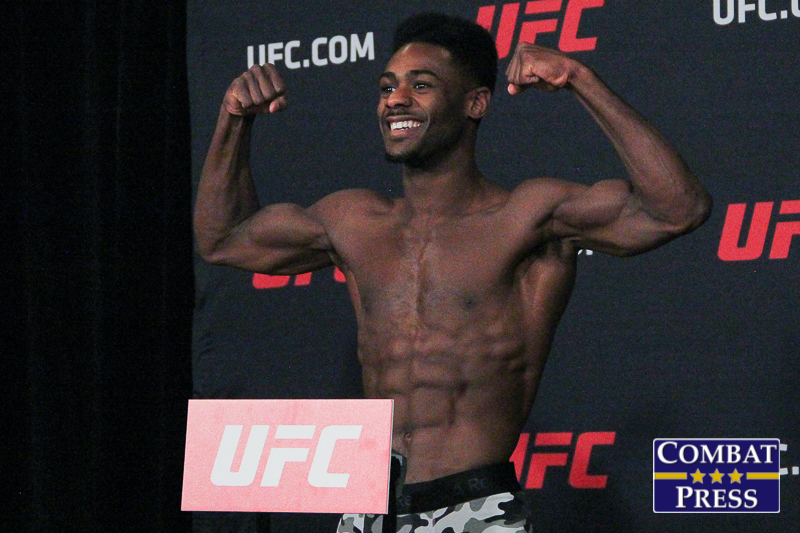 Is Bantamweight the UFC’s Most Exciting Division?

Saturday’s UFC Fight Night headliner features Rob Font and former bantamweight champion Cody Garbrandt. This bout takes place in an era when the 135-pound division has emerged as arguably the most exciting of all in the UFC.

The most important aspect in assessing the appeal of a weight class is the depth of elite fighters within it. The top 15 at bantamweight currently contains five former world champions, not including current kingpin Aljamain Sterling and the returning T.J. Dillashaw. Between Sterling, top contender Petr Yan and the second-ranked Cory Sandhagen, there is a combined MMA record of 49-7. At the elite level of modern MMA, this is an impressive statistic and symbolizes the level of competition that fighters lower down the rankings will have to overcome in order to compete for the belt.

Sterling took on Yan for the championship at UFC 259 in March. He was true to his pre-fight words and deployed a grappling-heavy attack. However, this was completely neutralized by Yan, who managed to thwart an incredible 16 of Sterling’s 17 takedown attempts.

Sterling started with a ferocious pace that he could not maintain. By the end of the first round, the native New Yorker was fatigued, yet he continued to close the distance and attempt to take down Yan. The Russian was able to land takedowns of his own with ease, using trips to ground Sterling on all seven of his attempts.

Yan started to punish Sterling on the feet with heavy blows in the third and fourth rounds. He appeared to be on the verge of finishing the contest when he inexplicably kneed the grounded Sterling in the head. Confusion ensued in the subsequent minutes before it became clear that Sterling could not continue, making him the first fighter in UFC history to win a title on a disqualification.

This conclusion seemed fitting to what was a wildly chaotic bout. Sterling looked physically and technically ill-equipped to beat Yan, whilst the champ seemed content to toy with the challenger despite appearing to have opportunities to finish the fight.

Sterling announced in the aftermath that he would undergo neck surgery to rectify a long-standing issue. Harshly, some fans believed that Sterling had exaggerated his condition following the illegal knee in order to win the title by disqualification. Whilst this was not in Sterling’s control, he further enraged fans with his behavior after the contest, parading the title on social media and teasing a fight with the retired former bantamweight king Henry Cejudo. Sterling has since seemed to embrace a villainous persona. The fact that Yan and his team have been so incensed by Sterling’s actions only serves to add to the drama of what will be a highly anticipated rematch.

The intense rivalries that exist within the weight class contribute to making this division extremely compelling to watch.

The bitter feud between Garbrandt and Dillashaw captured the attention of the MMA world for the best part of two years. Both fighters used to train together at the Team Alpha Male gym in Sacramento, Calif., which was founded by former WEC featherweight kingpin and multi-time UFC bantamweight title challenger Urijah Faber. After successfully capturing UFC bantamweight gold, Dillashaw eventually moved to the Ludwig Martial Arts gym in Westminster, Colo., to train under former Alpha Male coach Duane Ludwig. Dillashaw was accused by Garbrandt and Faber of betraying his old team, whilst the California-born fighter responded by claiming he had been kicked out of the gym.

Garbrandt and Dillashaw faced off with the title on the line at UFC 217 in late 2017. Dillashaw secured the victory with a second-round knockout and won the rematch by knockout in similar fashion the following year.

Following his loss to Cejudo for the flyweight crown in early 2019, Dillashaw received a two-year suspension from the New York State Athletic Commission and USADA after he was found to have the banned substance EPO in his system. He was also stripped of his title. The 35-year-old was scheduled to return from his suspension to face Sandhagen in the main event of the Fight Night card earlier this month, but he was forced to pull out due to a cut above his eye. The bout is now expected to headline the UFC’s show on July 24.

If Garbrandt picks up the victory on Saturday and Dillashaw does likewise against Sandhagen, then it would not be a surprise if the UFC were quick to book the trilogy bout between the two. Whilst on paper it would make little sense to schedule this fight after Dillashaw’s previous two convincing wins, his failed drug tests have put an asterisk on his career. This will include these past two performances, even though he was not found to have had banned substances in his system during this period of time. If both men manage to defeat their upcoming opponents in a devastating manner, then there will undoubtedly be an appetite to see another chapter of this bitter feud.

Dillashaw’s return is set to be one of the biggest storylines in the sport this year. The severity of his failed drug tests resulted in him being widely condemned by the MMA community, with many believing that he should have been banned for life. If he fails to hit the heights of his pre-suspension career, then his entire legacy will be questioned. If he were to resume at the same level, then the bantamweight division will be boosted by the presence of one of the best fighters to have ever competed in it.

An interesting aspect of Dillashaw’s comeback is the fact that it will be against his former teammate Sandhagen. The relationship between these two fighters did not end in acrimonious circumstances, unlike the way things unravelled between Dillashaw, Garbrandt and Faber. However, Sandhagen has been critical of Dillashaw for his failed drug tests, which has irritated the former champ.

An interview that Dillashaw did in 2016 where he mentioned Sandhagen has recently resurfaced online and has added another layer of intrigue to the fight. In this interview, Dillashaw states that Sandhagen would occasionally get the better of him in sparring. It should be remembered that Dillashaw was at the top of the division at this point, whilst Sandhagen was a young fighter who had yet to step foot in the UFC. Dillashaw had little to lose by praising his teammate. However, it was striking to see this frank admission from the ultra-confident Dillashaw, who is notorious for engaging in a high-octane pace in sparring.

In Dillashaw’s absence, Sandhagen has developed into one of the best fighters in the world. It could even be argued that he took the two-time champion’s place as one of the most sophisticated strikers in the entire sport. The clash between these two men, both of whom are renowned for their technically proficient stand-up games and have knowledge of how the other operates, makes this one of the most anticipated contests of the year.

Another fighter that personifies the must-watch nature of this weight class is Sean O’Malley. With his unique look, crowd-pleasing fighting style, and penchant for trash-talking, “Suger” has become one of the biggest names in the UFC despite being in the formative stages of his career.

O’Malley is unranked, yet he has cultivated a large social-media following and is already viewed by many fans as a potential future champion. From the way he has been promoted, it is clear that the UFC views him as a special attraction. All but one of his six appearances in the organization have taken place on pay-per-view. No other division in the UFC has an unranked fighter who has garnered this much fanfare.

O’Malley has drawn a target to himself with his trash-talking, but, much like Sterling and Dillashaw, fans will be eager to see him compete. If O’Malley can fulfill his immense potential, then he will likely find himself competing against some of the other most decorated strikers in the UFC.

The eccentric personalities of many of these bantamweight fighters and the social-media antics they participate in will not be to the liking of some fans. However, the technique and finesse of many of these athletes inside the Octagon is arguably unrivaled across all the divisions in the UFC. The sheer number of authentic, deep-rooted rivalries that exist within this weight class means that fans will inevitably be drawn to fights that may otherwise have gone under the radar. The amount of recognizable names for casual fans is also significant, and there seems to be the perfect blend of veterans and athletes entering their prime years.

No matter how convoluted the title picture is right now, one thing that seems to be for certain is that the bantamweight division will be an exciting, eventful place for the foreseeable future.