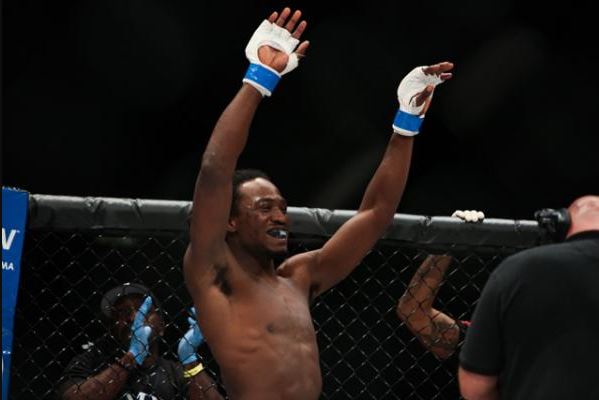 One to Watch: Bellator 255 – Neiman Gracie vs. Jason Jackson

Bellator 255 hosts the company’s consensus greater fighter, Patricio “Pitbull” Freire, who squares off against top contender Emmanuel Sanchez in the semifinal of the Bellator Featherweight Grand Prix. However, there’s another fight in the lineup that will not disappoint. That is the welterweight contest between Neiman Gracie and Jason Jackson.

With the division wide open at present, both fighters have an opportunity to make a statement and insert their names into the title picture.

Gracie is a four-generation member of the Gracie Jiu-Jitsu family. Prior to his career in MMA, Gracie medalled in World and Pan-American Championships in jiu-jitsu. He began his MMA career in 2013 and went 9-0. This included seven wins in Bellator, including finishes over Ed Ruth and Javier Torres. He submitted Ruth, a standout collegiate wrestler, with a fourth-round rear-naked choke in the quarterfinals of the Bellator Welterweight Grand Prix in 2018.

Gracie finally suffered his first professional loss in a title bid against the reigning c champion of the time, Rory MacDonald, in the semifinals of the tournament. After this disappointment, Gracie rebounded to submit Jon Fitch at Bellator 246. In displaying his dominance on the ground, Gracie caught Fitch in a second-round heel hook. Gracie became the first man to beat Fitch since 2014. Fitch retired after the bout.

Jackson had a rough start to his MMA career. The Jamaican-born fighter was 7-3 in 2017, with failed attempts on both Dana White’s Contender Series and The Ultimate Fighter. His Contender Series loss came via injury, but Jackson has rebounded to win six of his last seven fights. His only loss in this period came via split decision to the aforementioned Ruth.

Jackson looks to have turned a corner in his career. He’s now riding a three-fight winning streak and most recently competed at Bellator 253 in November. There, he dominated former UFC champion Benson Henderson. Jackson won the bout with body kicks to Henderson’s midsection and multiple takedowns in the final two rounds. In what was Jackson’s biggest career win, “The Ass Kicking Machine” proved he could beat elite competition.

This fight also pits two established gyms against one another. Gracie has his family pedigree behind him and currently trains at the Renzo Gracie Academy in New York City. Conversely, Jackson trains at Sanford MMA in Florida. With both men having access to expert coaches and training partners, it will be of further interest to see if this is a factor in the fight.

The aforementioned newly released Bellator rankings place Gracie in third and Jackson in sixth. This is an interesting style match-up of Gracie’s jiu-jitsu credentials and Jackson’s wrestling ability. It will be intriguing to see what happens if the fight hits the ground.

With champion Douglas Lima now returning from his middleweight title bid, this fight will have massive implications as to who takes a step toward a title shot. This Bellator main-card fight is definitely one to watch.