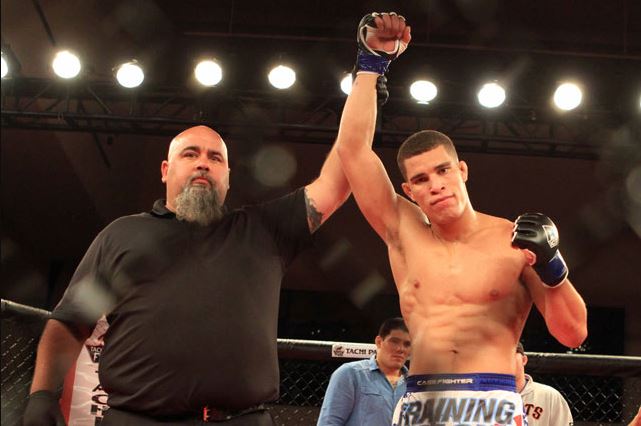 The show’s fifth episode of the season takes place on July 23. The ESPN+ stream gets underway at 8 p.m. ET.

Main-event fighter Terrance McKinney could easily be seen as a dark horse, but the research reveals that he appears to be the best overall prospect on the card. The 24-year-old is a collegiate wrestler who trains out of the solid Sikjitsu camp in Washington with beasts like Michael Chiesa. His only loss came as a result of an injury 39 seconds into the fight. He has finished all of his other fights, with only one passing the first round. He’s an athletic, powerful killer. McKinney can tap out opponents or pound their head in on the mat. UFC President Dana White will like this guy.

Whenever a Hawaiian fights, expect entertainment. Whenever a guy willing to scrap toe-to-toe with a Hawaiian is in that fight, don’t blink. Hawaii’s Kamuela Kirk is a very solid prospect who fights like the prototypical Hawaiian warrior. Add in the excitement and skill of Billy Quarantillo, who will have no problem engaging with Kirk, and you have yourself a scrap of the night that will have Dana and company very happy.

The 24-year-old fighter Christian Lohsen likely has a way to go in this sport in terms of longevity, but right now he’s still a longshot. The tall, long fighter has yet to prove himself against reputable competition. That’s not a knock either. He’s simply a prospect taking his time to build up. The submission and wrestling specialist is going to have to prove a lot here, and against an American Kickboxing Academy veteran in JJ Okanovich, who will be no pushover.

Light heavyweight Jamahal Hill is a prospect that many scouts have their eyes on right now, even if he’s not in their top-five list among aspiring light heavyweights. There’s a good reason for that. The athletic big man — Hill stands 6-foot-4 — is an exciting striker who has yet to taste defeat. He’s beaten current UFC roster member Dequan Townsend and was dominant on the Midwest regional scene. He’s a dark horse because he needs to further prove himself at a higher level, and it begins with his bout against 9-2 German Alexander Poppeck.

There will be a bevy of signings on this night, which is a tip of the cap to the matchmakers.

Kamuela Kirk (if he wins — it’s a close one) and Terrance McKinney will turn in fun, exciting performances that attract the inking pen of Dana White. McKinney gets a contract after turning in a dominant finish, while Kirk gets in because he will win an exciting slugfest (and if Billy Quarantillo wins the battle, then he’ll be signed instead).

If Jordan Williams wins, it would count as his second victory on the Contender Series. Yes, his first fight was overturned due to a marijuana pop, but the brass will remember what he did in season two and offer him a contract.