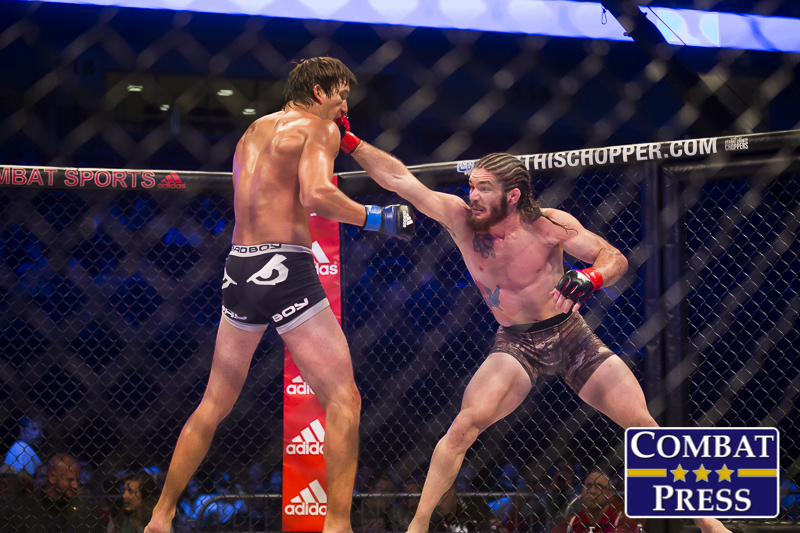 ONE Championship’s James Nakashima: Pedal to the Metal

When the going gets tough, you sometimes have to take matters into your own hands. In 2020, a lot of fighters found themselves in this situation. With the coronavirus (COVID-19) pandemic raging, gyms all over the world were left with no choice but to close.

Athletes had to make due. There were countless stories of fighters training in parks, underground gyms, or over video conferencing just to stay sharp. ONE Championship welterweight James Nakashima turned to his own backyard.

“The coronavirus was really a big blessing in disguise for my training,” Nakashima told Combat Press. “When they shut the gym down, me and my friends took the initiative and started training at my house. We got this carport out back, and some friends gifted me some mats.

“I started taking training into my own hands. It really became powerful. Now that the gyms have opened back up, I’ve still kept with that training that we were doing in my carport, and we’ve been mixing it in with the training that we’ve been doing at the The [MMA] Lab. It’s a lot more efficient and a better way to learn.”

Nakashima is originally from Illinois, where he grew up as a wrestler. After a short stint at a junior college, he went on to compete at the University of Nebraska-Lincoln, where he trained with and learned from Olympic gold medalist Jordan Burroughs. Nakashima started his MMA career as a member of the Premier Combat Center in Omaha. He eventually moved to Arizona, where he currently trains under John Crouch.

In August 2018, Nakashima beat UFC veteran Yushin Okami at ONE Championship: Dawn of Heroes. This was his third win in a row after moving up to 185 pounds, and it brought his pro record to a whopping 12-0. After a pause during the pandemic, Nakashima returned for a 185-pound title fight in November 2020. He dropped that one by fourth-round TKO to Kiamrian Abbasov.

“[I] almost had that, but I got clipped,” Nakashima explained. “I love where my training is at right now. That’s what’s so great about the supergyms like the Lab. You get a lot of hard-cardio, sparring-based training — like, sparring jiu-jitsu, sparring wrestling, sparring stand-up. The training that I do incorporates a lot of that, and now that coronavirus slowed everything down, it’s a lot more technical and a lot more thinking.

“I just felt really sharp. I thought my stand-up looked better than ever in the last fight. I know I made a mistake in the fourth round and got clipped. My grappling — that kid was a tough grappler, and I was still able to impose a little bit of grappling on him.”

After the loss to Abbasov, Nakashima received an offer for a fairly quick turnaround and a drop back to his ideal fighting weight of 170 pounds. On Friday, in the co-headliner of ONE Championship: Unbreakable, he takes on Japanese grappling legend Shinya Aoki.

Aoki lost the 170-pound ONE crown to Christian Lee in May 2019. Since then, he has posted back-to-back wins. Aoki’s most recent victory came in September over Kimihiro Eto.

“I want all the tough fights,” said Nakashima. “He’s definitely a specialist. He’s all grappling, and he’s a dangerous grappler — a submission-based grappler. It’s pretty cool. It’s a cool match-up. It’s a quick turnaround, and I’m grateful. I’m grateful to be active during the coronavirus. I’m excited, especially, that it’s a tough fight. It’s a special, unique match-up. I think it’s awesome.”

Aoki enters the fight with a 45-9 record as a pro. The Japanese star has 29 submission victories and three knockouts. Nakashima, an accomplished wrestler, was already training to improve his grappling prowess.

“I’ve got my little crew that I’ve developed, and I’ve still stuck with,” Nakashima said. “It’s a lot of real[ly] technical training. That’s what we did when the gyms shut down.

“For a basic example, me and my friend did back control — being able to get somebody’s back, you know, grab the legs — and mastering that.

“And, this amateur, Jose Delgado. He’s an amateur in MMA. We’ve been working on our stand-up together. Back in 2019, I spent three months in Italy learning from Giorgio Petrosyan, maybe the greatest kickboxer of all time. I just stole some of the drills and some of the things he does at the gym. Me and my buddy Jose have been working on that and collaborating on that.”

Nakashima has come close to gold once under the ONE Championship banner. A win over a Aoki could put him right back in contention once again. This time, though, it would be back at the weight class where Nakashima has spent most of his career.

“Right after this fight, I’d like to jump right back in with the Lab and keep working with my little crew and getting better at MMA,” said Nakashima. “I want to spend some time with my family and keep developing with my daughter. She’s going to be four in May. I like spending time with her on simple things — riding her bike, learning to write, learning to read, letters, numbers, how to be a woman, how to be a good person. I’d like to get back over to Italy, too, whenever this coronavirus can get cleared up.”

Nakashima has come a long way in his career. He still has a lot left in the gas tank, too. He’s not idling under that carport. He’s fine-tuning himself for a run to the top.