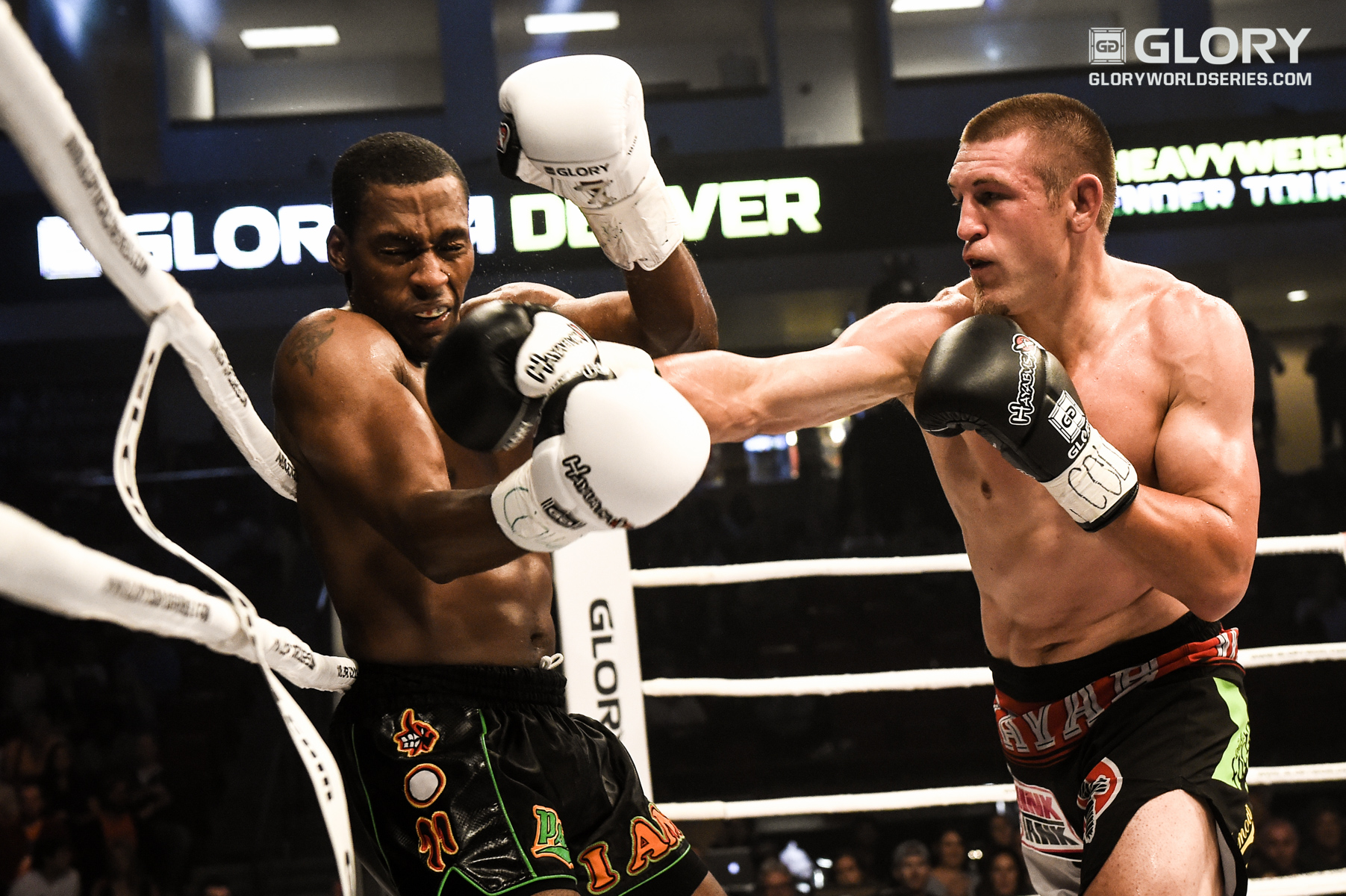 For most people, 2020 has been a complete shitshow. Whether it’s due to the coronavirus (COVID-19) pandemic, the elections, the race riots, or trying to homeschool kids, this has been a year to forget… for most people. However, there are a lot of people out there who embrace the turbulence. There are plenty of warriors across everything from military to business to athletic pursuits who have been just fine in a year that will forever live in infamy.

Dustin Jacoby started his professional fighting career when he was very young. He was only 22 when he made his debut in 2010. Yet, less than a year later, he was already 6-0 and set to make his UFC debut against Clifford Starks. Jacoby lost that fight, plus the one that followed. With an 0-2 mark inside the Octagon, he was cut by his 24th birthday.

Jacoby spent the years that followed bouncing around the regional promotions and some of the UFC’s rivals. He had a stint in Bellator, where he suffered losses to Muhammed “King Mo” Lawal and John Salter, and made appearances with the World Series of Fighting and Titan Fighting Championship. He also built a pretty lengthy kickboxing resume under the GLORY banner.

By the summer of 2019, it had been four years since Jacoby had last competed in an MMA contest. The former middleweight was offered to fight in a one-night, three-round heavyweight tournament which consisted of a unique format in which fighters would first have a boxing match, then a kickboxing affair, and, finally, an MMA bout. Jacoby blew through his first two opponents and then capped off the night with a decision win over Cody East.

Jacoby wasn’t able to find another fight until he received an offer to take on Ty Flores in an August edition of Dana White’s Contender Series. Jacoby won, which resulted in a UFC contract.

“It felt amazing,” Jacoby told Combat Press. “When I first won the fight, I wasn’t sure if I’d done enough to earn the contract. I knew I won decisively. I absolutely won the fight — every round and every part of the fight — [but] I just wasn’t sure, because Dana White’s always looking for finishes.

“Either way, I knew I was in a good spot, because if I hadn’t gotten the contract, I guarantee I would’ve gotten a short-notice call. To get it that night was a huge relief. The weight of the world was lifted off my shoulders and then put right back on, knowing that all the hard work is about to double down as I go through it all again. I’m excited and looking forward to making the most of this second run.”

One of the fun parts of the Contender Series is that after all of the fights are over, the competitors gather in a room where they receive feedback from the boss. Then, they are either offered a contract or they aren’t. It’s one of the most interesting moments in the show for fans, and one of the most nerve-racking moments for the athletes, especially those that went to decision, as Jacoby had.

“I honestly still won the fight decisively. I did a lot of damage and put on a good show. They were going to call me back. If I didn’t get the contract that night, I wasn’t even going to be worried about it, because I knew I’d be getting a call back, especially in a time like now when you’ve got guys not fighting and the UFC’s looking for guys who are willing to fight.”

This year has been good to Jacoby thus far. Through all of the turbulence he has had in his career — the wins, losses, injuries, and tough battles — he is now in the prime of his career. He’s under contract at his optimal weight of 205 pounds, and life is good all around.

“I’m an avid golfer, and this has been my best year ever,” Jacoby said. “I’m usually around a nine or 10 handicap. I’m at a six, seven handicap right now. I’ve had more rounds in the 70s this year than I’ve ever had. I just feel like all the chaos is where I feel comfortable. I feel my whole world has been chaos, in a sense, with what I do for a career and never knowing what’s next. I just kind of skirt by, and I feel like 2020 has been awesome. I thrive in it.”

Shortly after his win over Flores, Jacoby was offered to fight on Halloween at UFC on ESPN+ 39. The show takes place on Halloween weekend in Las Vegas at the UFC Apex. Jacoby is set to stand across the cage from Justin Ledet, a former heavyweight who is winless since his move down to light heavyweight with the organization. Ledet had won three UFC fights as a heavyweight before he decided to change divisions. With over six weeks’ notice, this has actually been one of the longest camps of Jacoby’s career, which is a rare thing in the UFC as of late.

“It feels good,” Jacoby said. “The short-notice fights, I kind of like those too. It’s less pressure, because you’re not thinking about it. At this stage, I’ve done that so much in my career. They actually wanted me to fight at the end of August, like right after my last fight. I fought on August 4, and there was an opening for me on August 29.”

Jacoby couldn’t make that turnaround. He points to how he was still banged up and had the cut above his eye. He was then informed of the Halloween date, which was a huge relief for the kickboxer.

“It was nice,” admitted Jacoby. “I was still healing up. I was back in the gym working on little stuff. I didn’t have to go full throttle right away. I got a nice, easy camp, and took my time. That’s something that’s going to show in the fight. I’m not rushing anything. I’m fully recovered. I feel that camp’s been great.”

Ledet is in a tough spot right now. He entered the UFC four years ago with an undefeated run as both a pro and an amateur. He started off his UFC campaign on a three-fight winning streak, but he has dropped his last three bouts. There is a very real possibility that he is fighting for his job on Saturday night.

“Justin is a tough kid,” said Jacoby. “We’re actually the same age. He’s a heavy boxer, which I like. He’s got an 80-inch reach. I think he’s solid everywhere. I think he’s good. If you watch his fights, he tries to take his opponents down. He’s more of a boxer, but he’s solid on the ground. He has solid wrestling. He has solid jiu-jitsu. I think it’s a great first match-up for me.

“I’ll be able to showcase my striking skills against somebody who’s willing to go jab-for-jab.”

Yet, Ledet doesn’t always stick solely to a stand-up game. Jacoby has noted that he often opts to take fights to the mat.

“I don’t know why,” Jacoby added. “He must really believe in his jiu-jitsu and his ground game, but I haven’t seen much from that side of it. If you watch my last fight, my takedown defense has gotten really good over the years, and it’s on point right now.”

Jacoby typically walks around at 210 pounds, so the move to light heavyweight is very easy on him. This follows suit with his teammates Chris Camozzi and Anthony Smith, who both moved from middleweight to light heavyweight in recent years. After he competed in the heavyweight tournament last year and against a larger Flores in the Contender Series, Jacoby feels very comfortable where he is at now.

“If you look at my last two MMA fights, I’ve left the canvas pretty bloody,” Jacoby said. “It wasn’t my blood. I feel pretty good about it. My last two MMA victories were against bigger guys. Cody East was 250 pounds, and Ty Flores was 237 pounds going into fight night. I feel pretty good about my performance and what I did in my last two MMA fights. I just feel better at 205. I feel better fighting bigger guys. I feel like I’m quicker to the punch, and I punch them a lot more than they punch me.

Jacoby is in a great place right now. He feels better. He looks better. Hell, even his golf game is on point. On Halloween night, he’s going to hit something much larger and spookier than a golf ball. But, hey, he thrives in chaos, right?