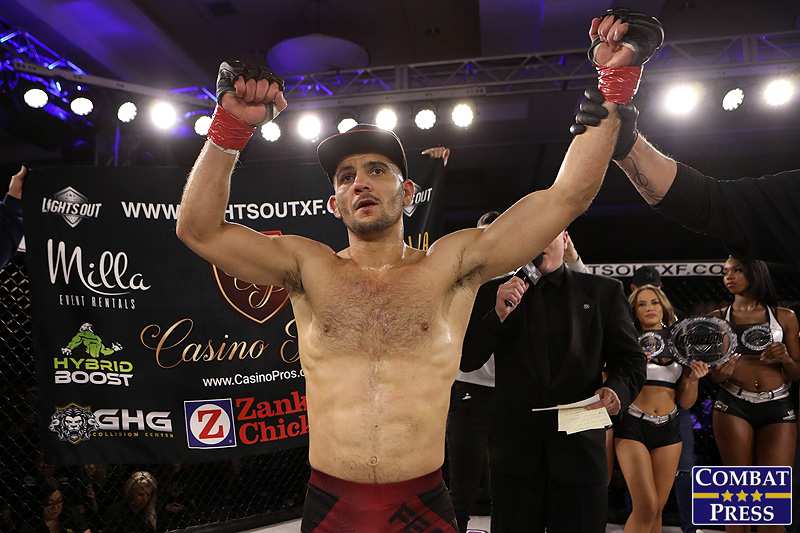 On Saturday, May 11, Lights Out Xtreme Fighting hosted its inaugural event from the Burbank Marriott Events Center in Burbank, Calif. The promotion is headed by former NFL superstar Shawne Merriman.

The co-main event featured a rematch between UFC, PFL and Bellator MMA veteran Jack May and Michael Quintero.

Below is a photo gallery of the night’s action shot by Dave Mandel for Combat Press. Click an image for a larger version.