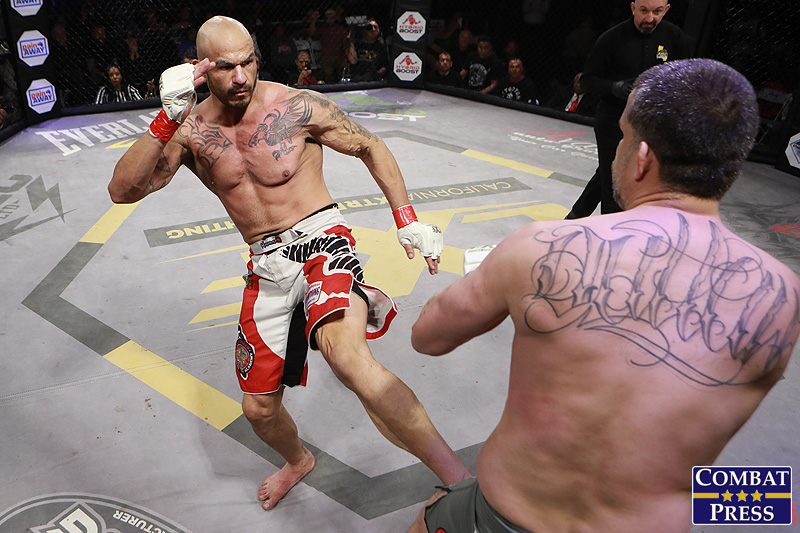 ONE Championship’s heavyweight division has been on fire recently. An influx of talent has stepped onto the global stage and produced an array of memorable performances. Now, with the Road To ONE heavyweight tournament, they are seeking to find the next American star to join the ranks.

The staggering growth of the division has shown the organization’s commitment to finding and developing the best fighters from all over the world. In the last nine months, fans have been treated to spectacles inside the Circle that rival any of the other weight classes. Indian-Canadian Arjan Bhullar claimed the ONE heavyweight championship with a TKO over longtime champion Brandon Vera, South Korea’s Kang Ji Won exploded on the scene with emphatic performances against top Iranian grapplers Mehdi Barghi and Amir Aliakbari, and Brazilian jiu-jitsu legend Marcus “Buchecha” Almeida dazzled in his first two mixed martial arts outings.

All that is missing to make the bracket a truly international affair is a U.S. representative.

The Road To ONE has been designed to do just that. And, so far, it has delivered everything that a fight fan would want, with not a single first-round bout going to decision. The remaining entrants in the tournament, which is held by Arizona’s RUF Nation, are now entering the quarterfinals, two contests of which will take place on Saturday, Dec. 18, at RUF 45: Winter Wars from the Celebrity Theatre in Phoenix, Ariz.

The co-main event was scheduled to showcase Terrance Jean-Jacques facing off against Michael Quintero, and the main event was going to feature Cameron Chism-Brungard and Eduardo Perez Terrance, with the winner of each bout punching their ticket to the semifinal round. However, Perez pulled out and the co-main event was bumped up to the feature bout.

The tournament is an excellent proving ground to find the next up-and-coming heavyweight talent who deserves the right to step onto the global stage. But, in the end, no matter who wins, each fighter will have proven themselves in a format designed to test their mettle.

As ONE commits itself to searching for the next great American heavyweight, RUF Nation has provided a platform and an opportunity for athletes to take advantage of through their athletic performances. Everything is in their hands, and the Road To ONE is being paved with a sweat-soaked canvas.

The competition in Phoenix is heating up as the four men competing at RUF 45: Winter Wars are just three wins away from a life-altering, six-figure contract with ONE.

RUF 45: Winter Wars will air exclusively via pay-per-view on Saturday, Dec. 18, through RUF Nation’s website. Access can be ordered here for $14.99. If you are in the Phoenix area, tickets are still available for purchase on the Celebrity Theatre website.