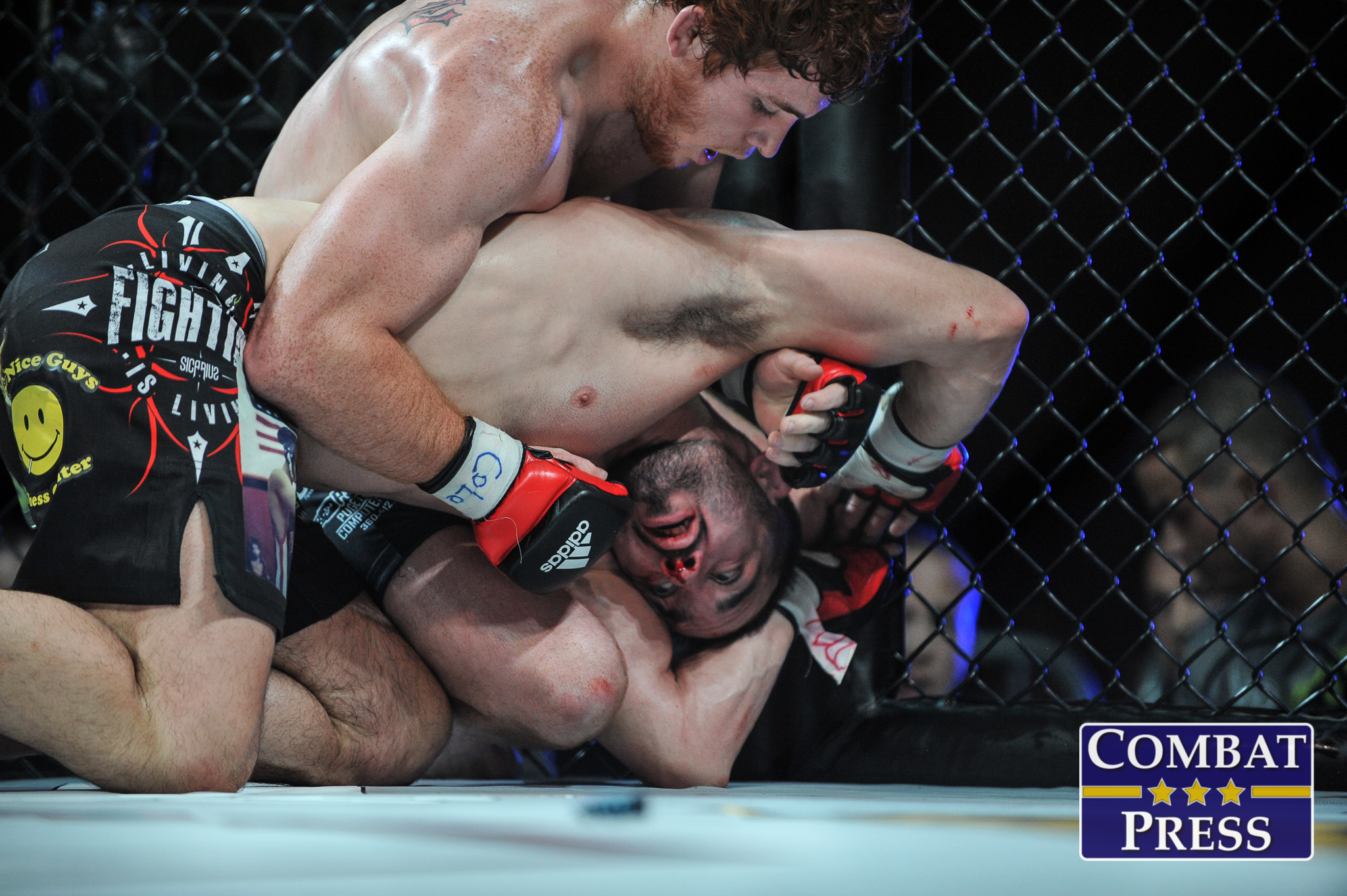 What happens in childhood largely shapes an individual’s life. Unfortunately, some folks aren’t given the model childhood, but that does not mean they cannot lead a successful, happy life. In fact, of the approximately 74 million children in the United States alone, about 700,000 of them are in some foster care and about 135,000 children are adopted each year. Those numbers are quite staggering, especially when considering there are only about 325 million Americans.

The quality of care for children in foster homes ranges from quite poor to extraordinary, and everything in between. Some foster parents do it for a paycheck. Others genuinely care about making a difference in a child’s life.

Daniel and Amber Swain are very much the latter. While they became parents of their own biological child last year, they also became foster parents. They are not in it for a paycheck or some other type of accolade. They want to positively influence their children’s lives.

“My wife and I are foster parents of three awesome boys, and we have a little daughter of our own — about 8 months old,” Swain told Combat Press. “My wife’s a teacher, and I’m a full-time student at the local college here to become a teacher as well. My wife is also starting a non-profit organization where we help the local foster youth kind of guide out what they want to do after high school. Some of them become legally free for adoption, but there aren’t a lot of people adopting teenage kids. We help them map out what they want to do. Do you want to go into a trade? Do you want to go to college? What are the plans and options for you? We spend a lot of time doing that and taking care of our boys. We do the best we can.”

Swain wasn’t always a college-focused future educator and caretaker. He started wrestling at age four. After becoming a three-time state finalist at Newport High School in Washington state and winning the state championship his senior year, he moved on to college as an athlete. After coming in second at the Canadian Nationals, he went through the Frederick Douglass feeder program to win the NCWA Nationals in Macon, Ga., in 2011. This led to the first evolution of his professional career.

“When I was like 13 or 14 years old, I was watching the UFC,” Swain said. “The first fight I saw was Matt Hughes versus Carlos Newton, and I was like, yeah, that’s something I want to do when I get older. Me and my little brother used to train jiu-jitsu after wrestling practice every day. Then, I went into a gym once and subbed a bunch of guys. I never went back to the gym, because I was wrestling in college and stuff.

“Then, I got a call one summer day, ‘Do you want to fight tonight?’ I was like, ‘Yeah, sure. I’ll go fight.’ I weighed 153 [pounds] and fought some guy who weighed 170, and I TKO’ed him in 30 seconds, and I was like, ‘Yeah, I like this a lot.’ I wanted to fight as much as I could. I had seven amateur fights in 12 weeks and then I had my pro debut up in Canada. From there, I’ve always taken fights — I’m always looking to fight — and most of my losses are because I took short-notice fights and I wasn’t prepared well.”

Swain currently trains under the tutelage of Joel Thomas and Pablo Alfonso at Warrior Camp in Spokane, Wash., which is just an hour south of the small town where he grew up. He also trains at Trevor Prangley’s American Kickboxing Academy gym in Coeur d’Alene, Idaho. At only 27 years old, Swain is 18-9-1 in his pro career. He has fought all over the world, and his opponents have almost all been solid guys. So, why would a guy with a family and a full-time schedule at Eastern Washington University spend so much time as a pro fighter?

“At the end of the day, I’ve been fighting for almost eight years, and I’ve been in wrestling since I was four,” Swain explained. “People are always asking me, ‘What’s the point? What are you working towards?’ I don’t know if it’s anything I’m working towards, as much as I just love to do it. I love to train. I love to fight. I love the chance to see the world. That’s been such a big plus.

“I’ve been to Russia three times, Japan three times, and [I’m getting ready for] my second time to China. I’ve been to the Middle East. I’ve gotten to see a lot of the world doing this, and [I] have met so many awesome people. The martial-arts community has some of its bad guys, but, for the most part, there are just amazing people — super-respectful, kind people, always trying to do what they can for other fighters. I love that atmosphere and the culture of MMA.”

In 28 pro fights, Swain has fought in U.S. regional promotions, international promotions and, most recently, he is under contract with M-1 Challenge. His last two fights came with the Russian promotion, and his total record with the company is 1-1-1.

“M-1 has been awesome,” Swain said. “The first time I fought for them was in 2014. They were co-promoting with [Absolute Championship Berkut] at the time, before ACB got big. Then, I took a couple years and fought all over the world. I came back and fought in China for them in May. That was awesome, because I’d never fought in China before. I went over there and fought one of the top Chinese guys at 145, and I ended up finishing him quickly with a kneebar.

“I just fought for them again in St. Petersburg, and unfortunately, I went in with an injury. [My opponent] found that injury with leg kicks and was able to stop me in the first. Every time I’ve dealt with them, they were amazing. They give me everything I need. I lost my luggage on the way to Russia, and they got me the stuff I needed for the weight cut, and that was awesome. They really treat me well.”

Swain’s next outing comes on Saturday. He travels back to China to fight at M-1 Challenge 100 against Maxim Pashkov in a catchweight affair. Pashkov is 13-5 as a pro and currently rides a seven-fight winning streak. That being said, most of his wins haven’t quite been over the same caliber of opponent that Swain has faced.

“I’ve had a couple different opponents [for this fight],” Swain said. “The first guy I was supposed to fight was from Australia, and he either never accepted the fight or got hurt. Then, they matched me up with another guy, and he was from the Ukraine. He was a tough-looking guy, but he also got hurt. They matched me up with one of his teammates now.

“I don’t know much about him. He’s won most of his fights by submission, but the last guy he fought was 20-21, and almost all of the guys he’s beat have losing records. I watched the little bit of film I could, and he beats them everywhere, but he’s not really skilled, like I am, anywhere. I’m just going to go in there, pick him apart, take my time, and knock him out.”

Swain is very confident that he will earn a stoppage win in China, and rightfully so. His first six fights ended in the first or second round. He went on a four-fight decision streak in 2012 and 2013, but 16 of his last 18 fights have not gone the distance. Swain’s fight style could easily be classified as “live by the sword or die by the sword.” He never puts on a boring performance, and while some guys claim that, he actually showcases it.

As a newfound father of four and a full-time student, Swain has his hands full at home. Most people can make a life out of just that — helping himself and others better their lives. However, fighters are a unique breed. Swain has been wrestling since he was old enough to sign up, and he hasn’t stopped fighting since. The work-life balance that he maintains is admirable, to say the least. On Saturday night in China, fans will get to see this young man’s work pay off once again.

Swain would like to thank all of his training partners and coaches, as well as his manager, family, friends, fans and sponsors. Follow Daniel on Twitter: @danielswainmma
Advertisement