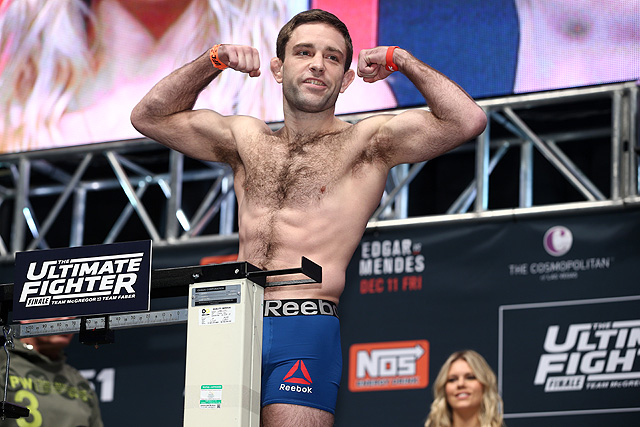 Ryan Hall vs. BJ Penn at UFC 232 was a fight that featured just as many questions as possible outcomes, but one of the least expected was Hall quickly tapping out Penn inside of a round.

Hall began his UFC run by defeating internet sensation and fan-favorite Artem Lobov to win The Ultimate Fighter Season 22. Hall followed that up with a victory against former UFC lightweight title contender Gray Maynard nearly a year later. But Hall’s career seemed to be in a stall as he had just three fights in three years. Was Hall ready to make a serious run in the UFC? Could he stay active to maximize his potential? Was he going to suffer any cage rust?

Penn, meanwhile, is in the midst of the worst stretch in his MMA career. Prior to the UFC 232 bout, Penn had lost five consecutive fights. It’s a far cry from the dominant run Penn enjoyed while being the undisputed UFC lightweight champion. Penn’s run of dominance came before the influx of fans from The Ultimate Fighter and UFC on Fox boom but Penn was once considered one of the top pound-for-pound fighters in the world. Penn featured a dual-threat of being able to out-box his opposition or utilizing his impressive Brazilian Jiu-Jitsu skills to secure a tapout.

As Penn and Hall faced off, Hall tried to bait the UFC Hall of Famer into a grappling exchange. However, Hall would land what many are calling the “Ryan Hall Roll” and secured a heel hook for a submission victory over the MMA legend. It was as quick as it was shocking. The finish earns Hall the 2018 Combat Press “Submission of the Year.”