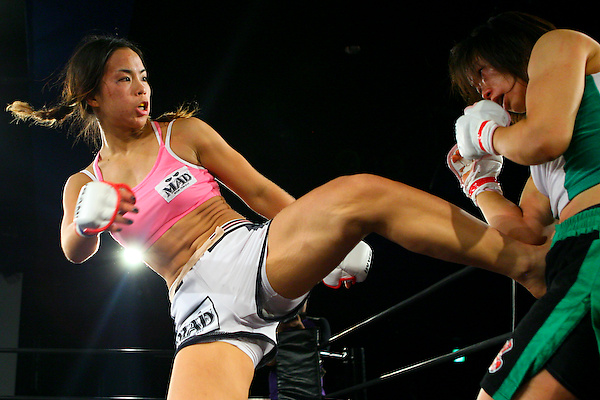 In the evening’s main event, atomweight champion Seo Hee Ham returned against South Koran prospect Jung Eun Park. Ham, the second-ranked atomweight in the world, looked for her third consecutive victory. Park, 22, was riding a three-fight winning streak inside of the ROAD FC cage. However, she lost a unanimous decision to Tomo Maesawa at DEEP Jewels 21 in her latest bout.