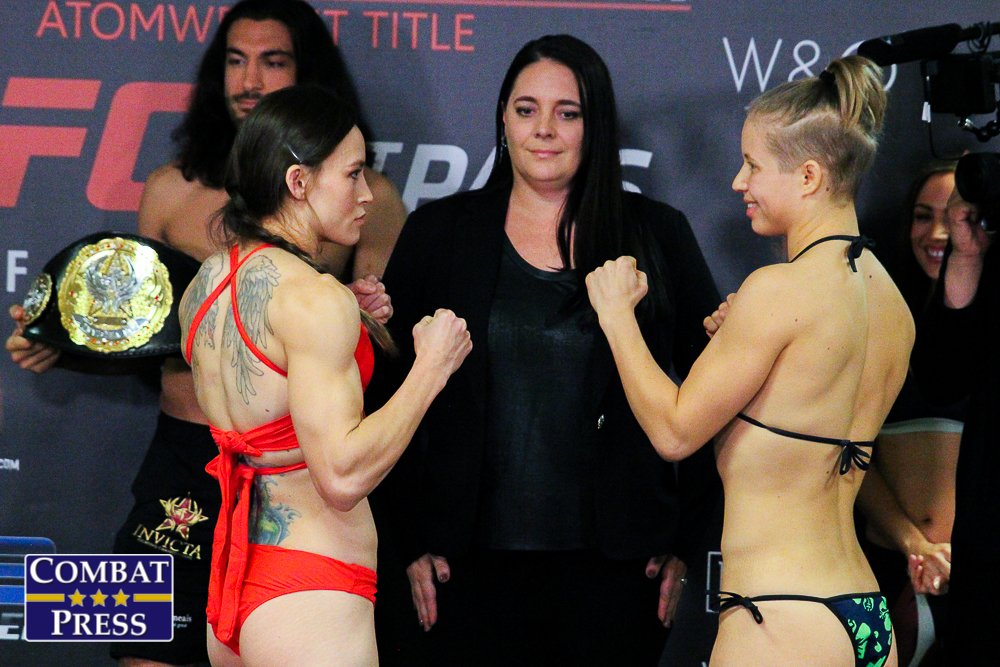 On Saturday, Dec. 15, Invicta Fighting Championships will host its 33rd event from the Scottish Rite Temple in Kansas City, Mo.

In the night’s main event, atomweight champion Jinh Yu Frey rematches Minna Grusander. The pair battled at Invicta FC 30 earlier this year, with the Texas fighter Frey capturing the belt via controversial decision. Finland’s Grusander will be out for revenge in her third promotional appearance.

The fighters hit the scales on Friday, Dec. 14. Below is a photo gallery shot by Jeff Vulgamore of Combat Press. Click an image for a larger version.