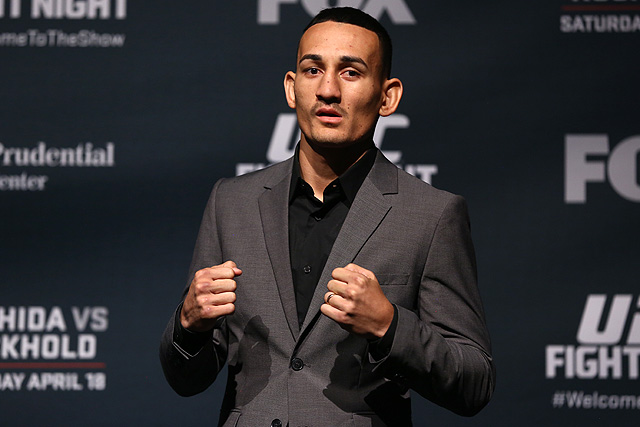 The UFC 226 card has taken a significant blow. The pay-per-view card, which features a heavyweight championship showdown between Stipe Miocic and Daniel Cormier, has lost its co-main event. UFC featherweight champion Max Holloway has been forced to withdraw from his title defense against Brian Ortega.

ESPN first reported the news on Wednesday night. Holloway was admitted to a Las Vegas hospital on Monday evening with concussion-like symptoms. The Hawaiian was also forced to withdraw from UFC 222 with a leg injury and UFC 223 due to weight-cutting concerns expressed by the overseeing commission.

As a result of the hospitalization, the title bout has been canceled and Ortega has been removed from the card.

“Max’s team and UFC staff noticed Max was not normal since late last week. This became obvious to many watching his interviews and public appearances the past few days.

“He was showing concussion-like symptoms before he even started his weight cut and was rushed to the ER on Monday where they admitted him over night. Initial scans seemed okay and he was released Tuesday afternoon but symptoms still continued.

“Max fought with his team to continue with the fight. He showed some improvement over the next day but was still showing obvious symptoms. After open workouts, he crashed and was very hard to wake up, when he did he had flashing vision and slurred speech.”

UFC 226 takes place at T-Mobile Arena in Las Vegas on July 7. The action kicks off at 7 p.m. ET on UFC Fight Pass, with the pay-per-view main card beginning at 10 p.m. ET.