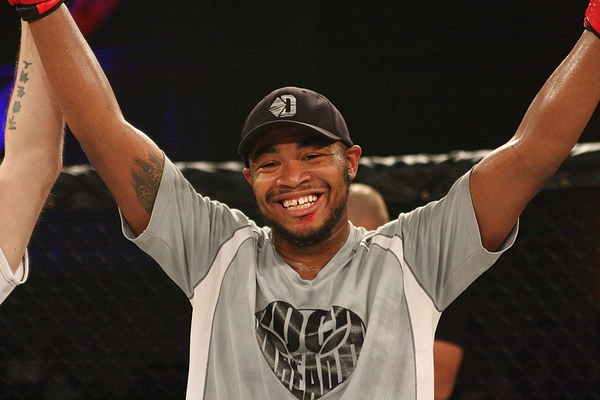 What To Make of Bellator’s Release of 13 Fighters

In a surprising move last week, Bellator MMA released 13 fighters from their contracts. Should we be reading more into this development, or is it just the cost of doing business?

I don’t find too many things surprising anymore when it comes to the Viacom-owned company. By now, we should all be accustomed to the way Bellator head and former Strikeforce CEO Scott Coker runs an MMA promotion. However, some of the fighters Bellator released probably shouldn’t have been let go.

Some of those names stand out more than others. It was a shock to find out Bellator had parted ways with “The Two Steve’s,” for one. Both Garcia and Kozola are young fighters. They are in their 20s and boast rather impressive records and just two losses each.

Garcia is only 25 years old. It would seem the Jackson-Wink product has much more to offer the sport of MMA. It’s a bit perplexing that Bellator cut ties with such a young up-and-coming fighter that has really come of age inside the Bellator cage.

The release of Kozola was even more of a surprise. The “Thunderbeast” just turned 28 years old in December, and although Kozola has dropped his last two fights, this is his first losing streak and stumbling block of his young career.

On the larger scale, just what should we read into the release of these 13 fighters? Is it Bellator’s version of spring cleaning? Is the company trimming the proverbial fat? Is this a brash overreaction to pressure from above?

It might be a little of both. Coker knows what he’s doing, that’s for damn sure. Some of these fighters needed to go, but some of them still had potential to benefit Bellator’s product. It’s difficult to figure out why fighters likes Garcia and Kozola were let go, unless there is more behind the scenes that we aren’t privy to — or perhaps Coker and Bellator even have some grandiose plan to attract more high-profile UFC free agents and need to make space in the budget for these acquisitions.

On the plus side, some of the released fighters have already found new employment. Mike “Biggie” Rhodes will take on former Bellator tournament finalist Bryan Baker at Beatdown 21 in New Town, N.D., on March 3. Surely the other released athletes will keep fighting, too. I have a sneaking suspicion that a handful will end up back with a big-time MMA promotion, too.

The roster has been purged, you could say. Now, we can only sit back and wait to see what Bellator does next.