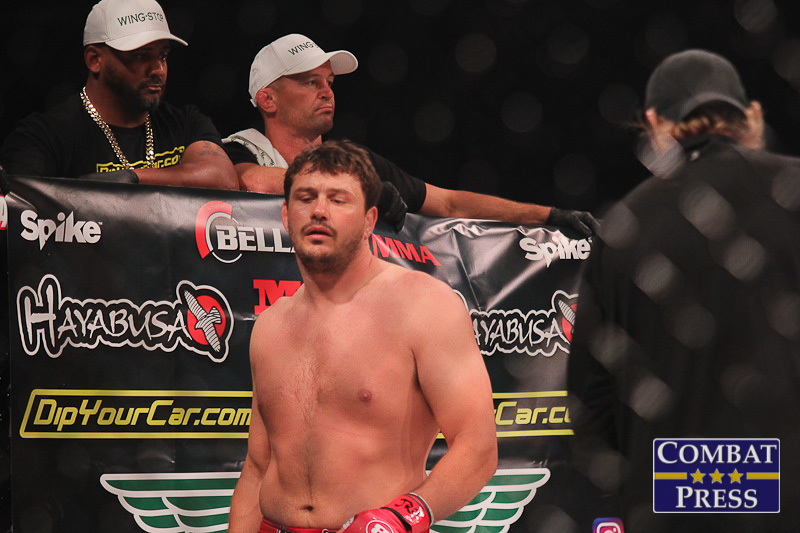 In the night’s main event, the promotion’s heavyweight grand prix continued as Roy Nelson took on Matt Mitrione. The pair met previously under the UFC banner in 2012, with Nelson scoring a first-round TKO victory. Both fighters had found recent success inside the Bellator cage, with Nelson defeating Javy Ayala in his promotional debut and Mitrione knocking out MMA legend Fedor Emelianenko to extend his winning streak to three straight.