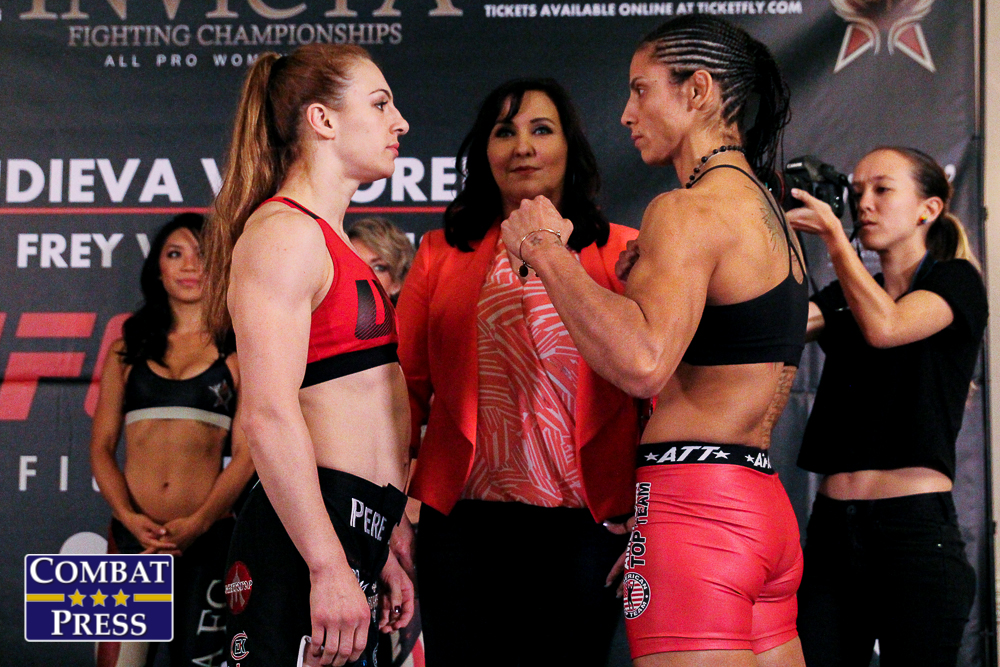 On Saturday, July 15, Invicta Fighting Championships will host its 24th event from the Scottish Rite Temple in Kansas City, Mo.

In the night’s main event, UFC veteran Milana Dudieva makes her promotional debut against Italy’s Mara Romero Borella. Russia’s Dudieva joins the organization after going 1-2 inside the UFC’s Octagon, competing as a bantamweight. The decorated judoka will drop to flyweight for the headlining affair. Borella enters the bout having won four of her last five fights.

The co-main event pits former atomweight title challenger Jinh Yu Frey against Missouri product Ashley Cummins. Frey looks to rebound from her title defeat at Invicta FC 19 in September, while Cummins hopes to build on her decision victory over Amber Brown in her most recent appearance.

For the results of the event’s weigh-ins, click here.

Below is a photo gallery of the event’s weigh-ins shot by Jeff Vulgamore of Combat Press. Click an image below for a larger version.