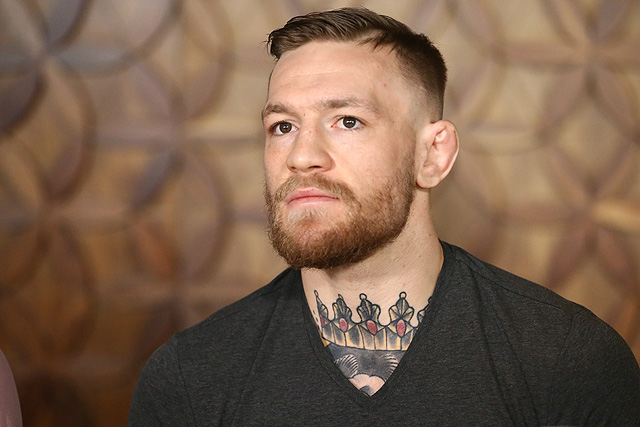 After UFC 202, Conor McGregor and Nate Diaz Should Take a Moment to Rest

It only took minutes after Conor McGregor’s hand was raised at UFC 202 for talk of a trilogy bout between he and Nate Diaz to begin. Despite both men competing out of their usual weight classes, it only seemed natural for a third bout to materialize quickly.

However, that’s not the best course of action for either man. UFC President Dana White has already put the kibosh on an immediate rubber match between Diaz and McGregor, and both men should have plenty of other options ahead of them. One of those is an extended break from the world of MMA, which should be the path both warriors take.

The first encounter between Diaz and McGregor was a spectacle. Their rematch was an event. Both men were on the receiving end of some power punches in their first encounter, but it never seemed like either fighter was on the verge of going unconscious until McGregor started to wobble in the second round.

The same cannot be said of their encounter at UFC 202. McGregor dropped Diaz on a number of occasions in the opening rounds, including twice in the second frame. The scale of damage would only intensify as Diaz’s toughness began to wither away at the cardio of McGregor in the third frame. Per FightMetric, McGregor landed 59 percent of his significant shots and Diaz landed 47 percent of his significant strikes. As UFC analyst Joe Rogan put it before interviewing both men after the fight, the bout was an absolute dogfight. As the minutes went by, both men had to dig deep to continue their battle of attrition.

It’s fights like these that will take years off a fighter’s career. Instead of rushing back into another war, it would behoove both men to take some time away from MMA. Never before have we seen McGregor take so much damage. Never before have we seen Diaz crumple to the mat multiple times. Blood in a Diaz fight is a fairly normal sight, but his face post-fight was a mess.

Diaz has said he’ll wait for a big-money fight, and we’ve seen him have no qualms about sitting on the sidelines to negotiate for more money. McGregor has the chance to jump into the 155-pound title picture or cut down to 145 pounds again to face his nemesis, José Aldo. No matter what fight either man lands next, they’re not going to be facing a walk in the park. Their fights will almost certainly be against the elite of whatever division they fight in.

The UFC might feel compelled to hurry McGregor back for Madison Square Garden in an effort to make up for the folly of removing the promotion’s biggest star from UFC 200. Even if McGregor’s post-fight injuries are healed in time, the UFC should look to save its megastar for another day. There is only so much punishment a fighter can take over the course of his career. Rushing back after the war of wills he had against Diaz would be a detriment to his success not only in the cage, but in his training camp as well. Diaz has been in the MMA game for well over 10 years, and although he remains one of the most durable fighters to date, there comes a breaking point for everyone.

The window for financial gain in a fighter’s life is relatively short, which provides an incentive for guys to get back into the cage as quickly as possible. While fighters should look to make the most money they can and get out while still having their wits about them, there’s a time and a place for rest. Following the “Fight of the Year” candidate they put together at UFC 202, this is the perfect time for Diaz and McGregor to take a breather and relax.