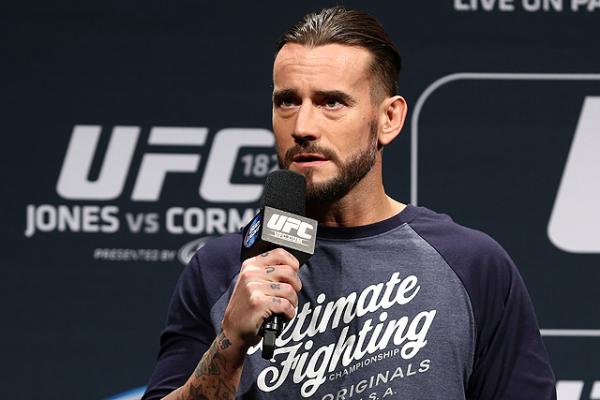 Time To Give CM Punk Credit For Chasing UFC Dream

As the highly anticipated UFC 202 prepares fans for one crazy night, somewhere in Chicago (or Milwaukee, where he trains) Phil Brooks, better known as CM Punk, is preparing for his UFC debut at UFC 203, which takes place in Cleveland.

Many fighters and fans have already trashed Punk for making the jump from the WWE to the UFC. He has no “fighting experience” in the MMA world, they say. Quite simply, all that doubt and hatred needs to stop. Every fighter deserves respect for entering the Octagon, no matter where they’re coming from.

There’s only been one WWE superstar to make the jump to the UFC. That man was Brock Lesnar. And while Lesnar successfully made that move from pro wrestling to UFC heavyweight champion status, he also had a background as a collegiate wrestling champion. Punk may not have any such credentials to sway the MMA collective’s opinion as he prepares for his fight against Mickey Gall on Sept. 10, but does that mean he automatically lose before Mike Goldberg can even yell the famous words ”Here we go!”?

The UFC put together a documentary about Punk’s journey from the WWE to the UFC that will air on Fox Sports 1 on Aug. 15. The feature will give a full look inside what Punk is going through to get inside the Octagon. To his credit, Punk acknowledges that he’s not beloved by everyone as he makes the move that some may see as unfair to amateur fighters who have been waiting for a UFC call. To his credit, though, Punk is pursuing a dream.

When he steps into the Octagon, Punk leaves behind a made life in the WWE where, even to this day, fans will break out in a chant worldwide screaming his name. This didn’t become a case where Punk wasn’t cutting it in the WWE. There were issues behind the scenes that made him walk away from a sport that built the personality we will see at UFC 203, but the WWE didn’t make CM Punk.

A native of Chicago, Punk is on a journey to make it into the UFC and be successful. His opponent, the aforementioned Gall, saw the opportunity on Dana White’s Looking For a Fight and called not only for his UFC shot, but for that shot to come against Punk.

In order to enjoy the fight between Punk and Gall, fight fans must remove from their heads the notion that Punk is just a guy from the WWE. Sure, that’s where he came from and where he made his name, but now Phil “CM Punk” Brooks has left a pretty comfortable life in the WWE to fulfill a dream. Even better, there doesn’t seem to be any uncertainty that the UFC is where Punk wants to be. He wants a shot. He’s got that shot at UFC 203. Not that far from Chicago, the Quicken Loans Arena in Cleveland will be full of either jeers or “CM Punk” chants. He’s heard them both before.