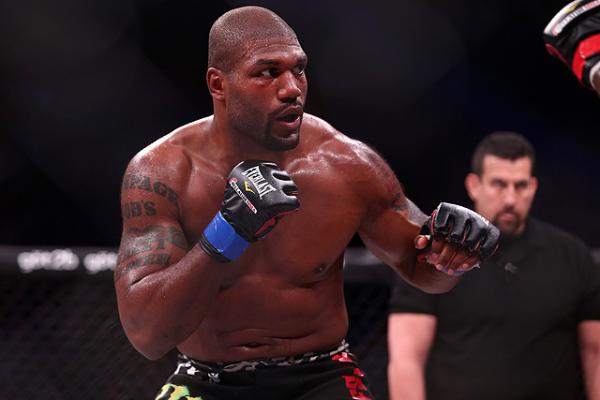 On Friday, June 24, Bellator MMA hosted its 157th event dubbed Dynamite 2 from the Scottrade Center in St. Louis. The event featured both MMA and kickboxing action.

In the night’s main event, former UFC champion Quinton “Rampage” Jackson returned to the Bellator cage to clash with Japan’s Satoshi Ishii. The 38-year-old Jackson left the promotion after three straight wins, citing breach of contract. He had one fight in the UFC before a judge ruled in Bellator’s favor, forcing him to return to the Viacom-owned promotion. The gold medal winning judoka Ishii was making his promotional debut and looked to rebound from a vicious, first-round knockout loss to Jiri Prochazka in December.

The co-main event of the evening saw the promotion crown a new lightweight champion as former titleholder Michael Chandler took on Brazilian Patricky “Pitbull” Freire. The pair met previously at Bellator 44 in 2011, with Chandler earning a unanimous decision victory.

The event kicked off Friday at 6:30 p.m. ET with a live preliminary card stream, while the main card followed at 8 p.m. ET live on Spike.