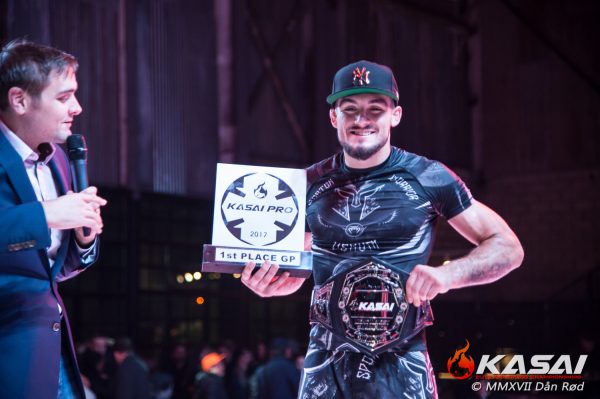 It’s no secret that ONE Championship is committed to growing it’s submission grappling roster. Just this year, fans have seen the likes of young jiu-jitsu phenoms, such as Danielle Kelly, Mikey and twin brothers Kade and Tye Ruotolo, grace the inside of the ONE Circle. With some of the more seasoned talent already signed, such as Garry Tonon, Andre Galvao, Gordon Ryan and Shinya Aoki, the promotion continues to add more BJJ stars as it looks to build out grappling divisions.

Among recent signees is Brazil native and Las Vegas resident Renato Canuto. The 26-year-old moved from Brazil to the United States in 2016. His goal was to become an IBJJF brown belt world champion, which he achieved in both gi and no-gi that year. It was in Dec. 2016, that his father, Valdir “Tio Chico” Canuto flew to the U.S. to award him his black belt. Since then, he has picked up a stack of black belt medals, including two Kasai Pro Grand Prix titles and both gi and no-gi black belt world titles in IBJJF.

Canuto and his wife, former MMA fighters and BJJ black belt Raquel Canuto (nee Pa’aluhi), both compete at the highest levels of submission grappling, and both train at, teach at and own Hybrid Jiu-Jitsu in Las Vegas. Naturally, with an impressive jiu-jitsu resume, and still being young, Canuto was a natural fit for ONE.

On Friday, Aug. 26, Canuto will make his promotional debut when he faces Valdir Rodrigues at ONE 160: Ok vs. Lee II. Rodrigues, like Canuto, is originally from Brazil, and he has been training in BJJ for over 20 years. He currently holds his second-degree black belt in BJJ under Erivaldo Junior, and he is one of the BJJ instructors at Evolve MMA in Singapore. Evolve is owned by ONE Chairman and CEO Chatri Sityodtong, and is home to many of the promotion’s top talent. Rodrigues himself has earned his fair share of championships, and will have the age advantage over Canuto.

The match-up of Canuto versus Rodrigues is just further evidence of ONE’s commitment to growing it’s grappling divisions. The organization has also attempted to garner more fan support by using submission-only rules, which incentivizes the athletes to make the matches more exciting. It will be interesting to see how the organization progresses towards divisions and divisional titles.