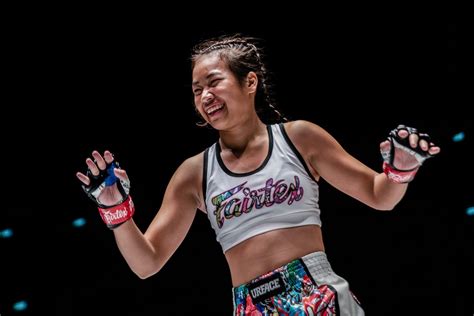 Zeba Bano to Welcome Wondergirl Jaroonsak to the MMA Cage

On Friday, May 20, ONE Championship will be back in Singapore as ONE 157: Petchmorakot vs. Vienot is stacked head-to-toe with Muay Thai action. 10 fighters will compete for grand prix advancement in two different weight classes, and four more will throw down in two title bouts. However, a ONE Muay Thai veteran will be back in the organization’s patented Circle with four-ounce gloves, but she will not be focusing solely on her striking.

Nat “Wondergirl” Jaroonsak, who is 2-1 in ONE Muay Thai bouts, last fought in Feb. 2021, when she dropped a decision to Jackie Buntan. The longtime Fairtex product suffered some facial fractures in her loss to Buntan, which had her out of action. She then made the move over to Jaroonsak Muay Thai later that year, and she continued her training in all aspects of MMA, such as jiu-jitsu. After spending over a year out of competition, she will finally make her MMA debut at ONE 157.

Standing across the cage from Wondergirl will be India’s Zeba Bano. Bano is currently 6-0 as a pro fighter, and she trains out of the Pro Combat Fight League Gym in Haryana, where she is also a personal trainer. The 23-year-old has won multiple medals in boxing and Wushu, and she has also won grappling and K-1 championships. As an undefeated prospect making her ONE debut, she will pose a tough challenge for her fellow 23-year-old Thai opponent.

It seems that due to both name recognition and a great striking game, the odds are on Wondergirl to pick up a victory. However, with Bano’s well-rounded and successful combat-sports background, it would be wise for Wondergirl to be prepared for one of the toughest battles of her fighting career when the two go to war at ONE 157.

ONE 157 will air live from the Singapore Indoor Stadium on Friday, May 20.