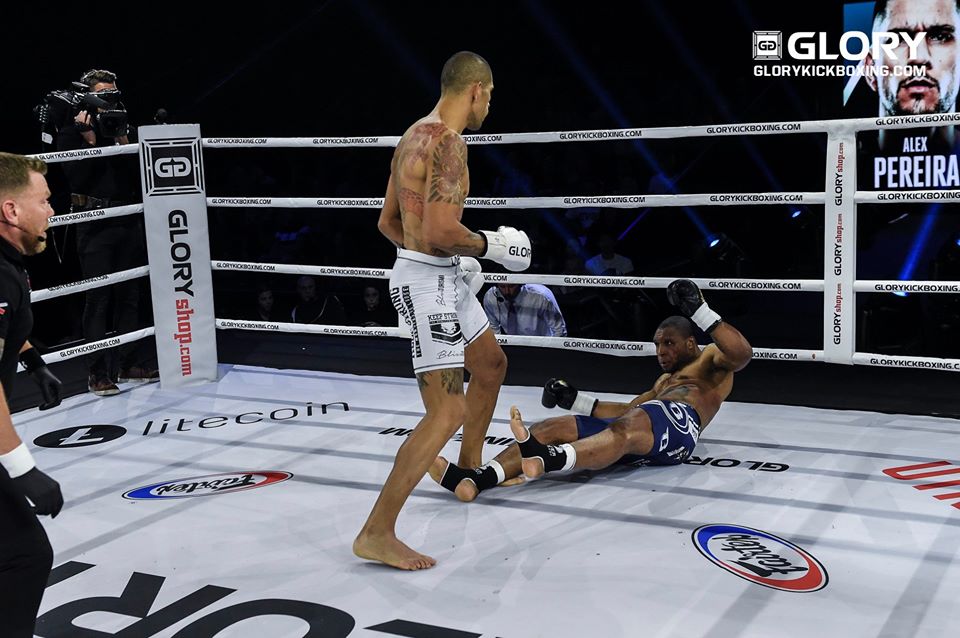 Knockout of the Year – Alex Pereira vs. Jason Wilnis

There is one award that always gives us trouble each and every year because of the sheer number of candidates in contention. The “Knockout of the Year” is not only one of the most important awards, but also one of the most sought after by the fans. It seems like every year there is a list of more than a hundred candidates. Each knockout has its own story, level of relevance, and excitement level. This year was no different, with a plethora of contenders from GLORY, K-1, Enfusion, ONE Championship, Glory of Heroes, and many others.

The knockouts with the most spectacular ending are always in the running. These knockouts come by way of a jumping knee, a spinning back kick, or even a jumping switch kick, like the one Rukiya landed a few years ago. The technical skill or athletic ability to pull off some of these exciting maneuvers causes them to float near the top of the list, no matter the level at which the knockout happened. This year featured multiple candidates, such as Tenshin Nasukawa’s cartwheel kick, Wei Rui’s jumping switch kick, Hideaki Yamazaki’s hook kick, or Riamu’s spinning back kick in the final month of the year.

Then there are the knockouts that happen at the highest level. These finishes happen during a fight for a major title, when two top-10 opponents face off, or on a major event that has an extra dramatic feeling in the air. The candidates of that nature from 2019 include Marat Grigorian’s fifth-round knockout against Elvis Gashi that ended his American opponent’s undefeated record, Alex Pereira’s faceplant knockout against Donegi Abena to become the first simultaneous two-division champion in GLORY, and Giorgio Petrosyan’s brutal one-punch knockout against Jo Nattawut to move into the finals of the ONE Super Series world grand prix.

There is one candidate on this list that features both the high-flying, flashy technique and the meaningful stakes at the top of the sport. One of the world’s best fighters and one of our “Fighter of the Year” candidates, Alex Pereira, had one of the best years of his career in 2019. He scored three “Knockout of the Year” contenders during his run, but none was bigger than his first of the year, when Pereira put his middleweight title on the line against former GLORY champion Jason Wilnis.

In the lead-up to the bout, Wilnis had words to say about Pereira’s abilities as a kickboxer when he called out the Brazilian titleholder as a pure boxer who only competes under kickboxing rules, but doesn’t display the entire skill set. Pereira would make Wilnis eat those words with his feet and knee.

Pereira started off his destruction by slipping in a perfectly timed right high kick that dropped Wilnis just over one minute into the first round. The champion snuck his foot just inside of Wilnis’s left hand to smack him across the jaw and ear with maybe one or two inches of space between a knockdown and a fully blocked kick. The speed and snapping nature of the kick was just enough to squeak through and start off the beginning of the end. As the fight restarted, Wilnis walked toward his opponent while Pereira came crashing across the ring from the ropes. Wilnis was expecting the step right knee from Pereira. However, Pereira used it as bait to throw his left knee after switching mid-air to score the final knockdown and our 2019 “Knockout of the Year.”