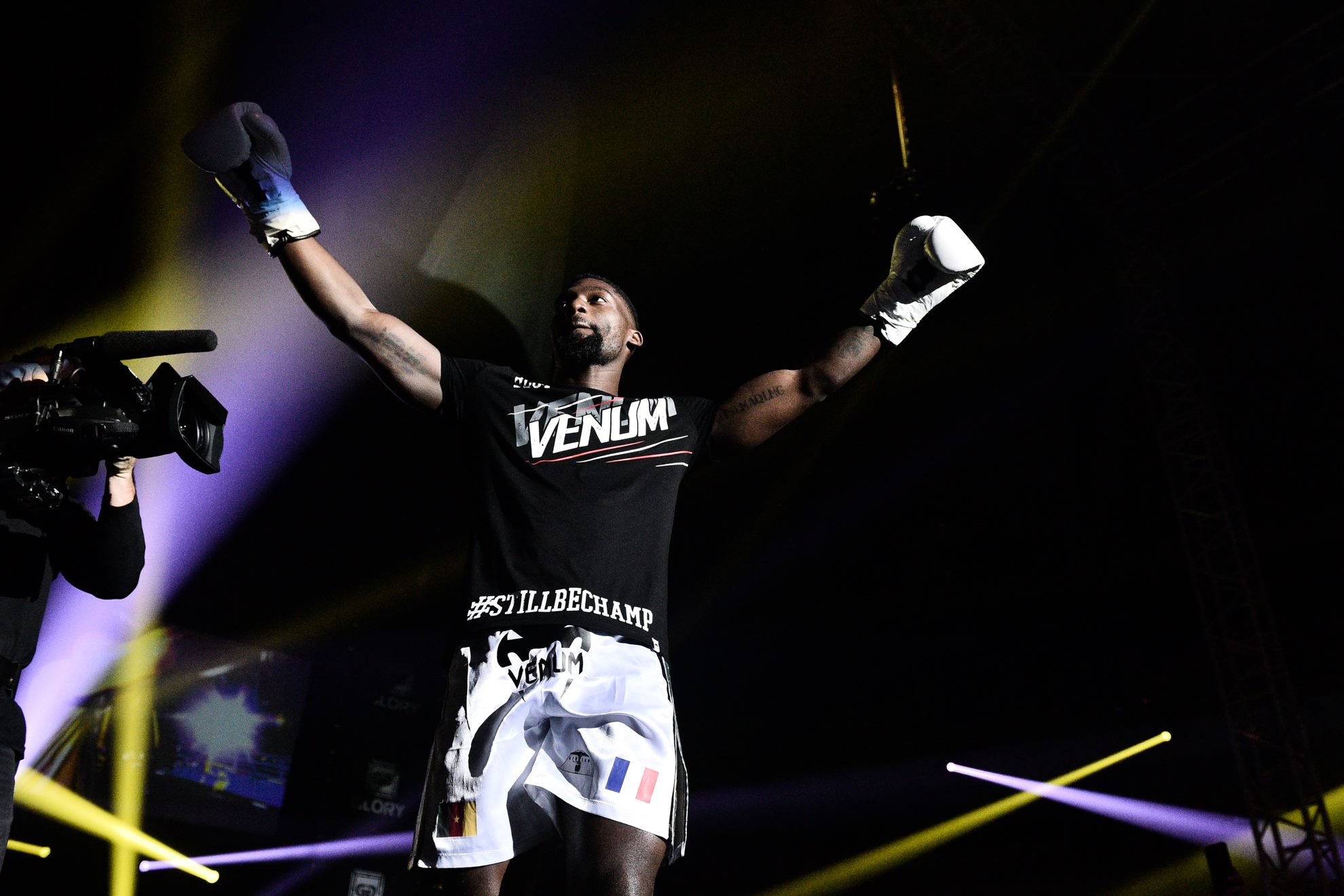 GLORY Kickboxing’s return to Lyon, France for its 70th event will feature one of the most anticipated title rematches in recent memory.

Current welterweight king Cedric Doumbé will face off with Dutchman Murthel Groenhart for the third time in the night’s headliner. The pair first met at GLORY 28 in Paris in 2016 with France’s Doumbé taking the victory on the scorecards. When they met again at GLORY 44 in Chicago the following year, it was Groenhart who not only took the judges’ nod, but also the title from Doumbé.

Two years later, Doumbé has recaptured the belt and rides a five-fight winning streak that includes four knockouts. Groenhart will aim to bounce back from a loss to recent title challenger Alim Nabiev in his last outing, and once again hold GLORY gold.

Joining the title fight will be a featherweight clash between France’s Abdellah Ezbiri and Zakaria Zougarry of the Netherlands.

GLORY 70: Lyon takes place Saturday, Oct. 26 from the Palais de Sport de Gerland. Additional bouts for the event are expected to be announced by the promotion in the coming weeks.