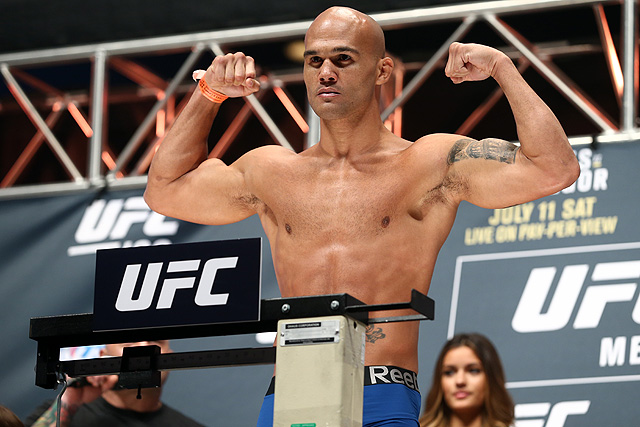 On Saturday, Aug. 3, the UFC will host its fifth event on ESPN from the Prudential Center in Newark, N.J.

In the night’s main event, former UFC interim welterweight titleholder Colby Covington takes on former champion Robbie Lawler. Covington enters the match-up riding a six-fight winning streak that dates back to 2015. The veteran Lawler will aim to snap a two-fight skid. He was most recently in action at UFC 235 and was controversially submitted by Ben Askren.

The co-main event pits two of the longest-tenured lightweights against one another as New Jersey’s Jim Miller meets Clay Guida.

The fighters hit the scales on Friday, Aug. 2. Results will be posted below as they become available.