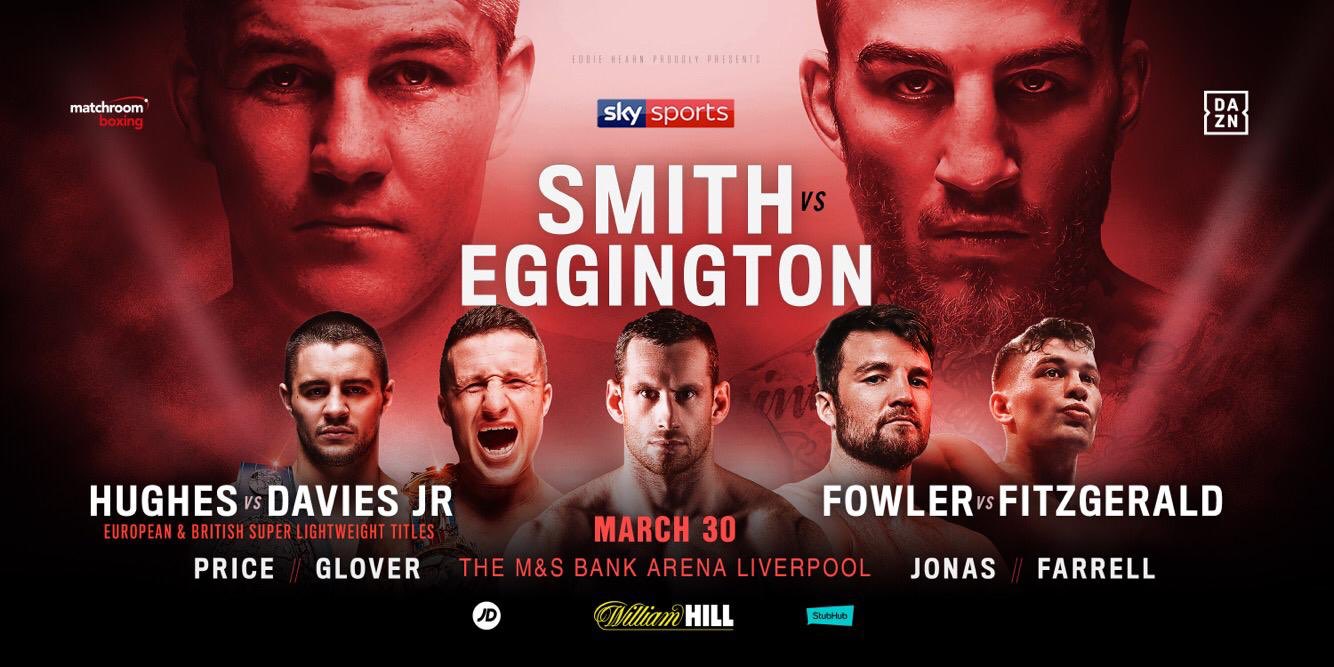 On Saturday, March 30, Matchroom Boxing hosted an event from the M&S Bank Arena in Liverpool, United Kingdom, for Smith vs. Eggington.