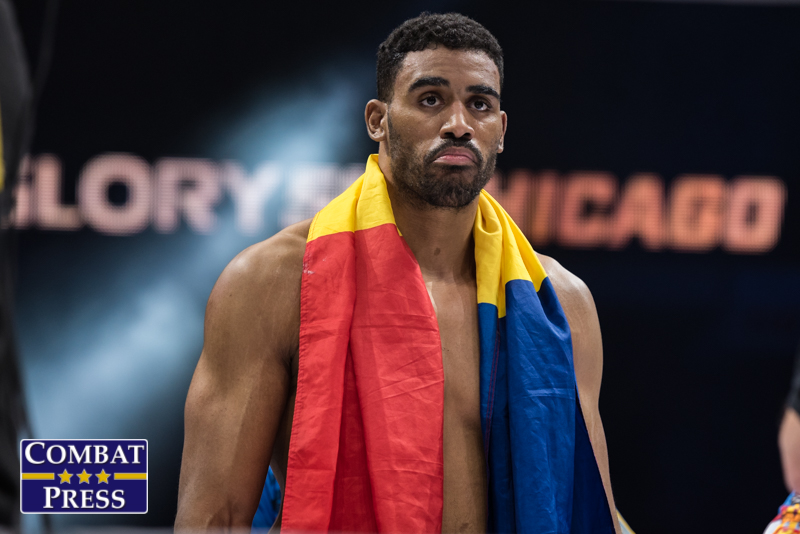 GLORY, the pinnacle of kickboxing in the U.S. and abroad, has steamrolled through 2018 with exciting events all over the globe, but the ride isn’t over yet.

Already announced by the promotion is its next stop in New York on Nov. 2, which will feature the rematch between women’s super bantamweight champion Jady Menezes and the women she defeated to capture the belt, Anissa Meksen. The card also hosts a main event rematch between Josh Jauncey and lightweight champion Sitthichai Sitsongpeenong. Finally, two rising stars, featherweights Massaro Glunder of Mike’s Gym and Kevin Vannostrand, make the card a triple threat in their SuperFight Series headliner.

Today, during the card in Lyon, France, the promotion revealed the plan for its end-of-year showcase. The organization will close out the year on Dec. 8 in Rotterdam with an eight-man heavyweight tournament. The field will include numerous former title challengers and tournament winners, with Romania’s Benjamin Adegbuyi earning the No. 1 seed and Morocco’s Jamal Ben Saddik claiming the No. 2 seed on the opposite of the bracket. Also announced as participants were veteran Jahfarr Wilnis and recent title challenger Guto Inocente. The additional tournament participants, as well as the tournament match-ups, will be announced by the promotion in the coming weeks.