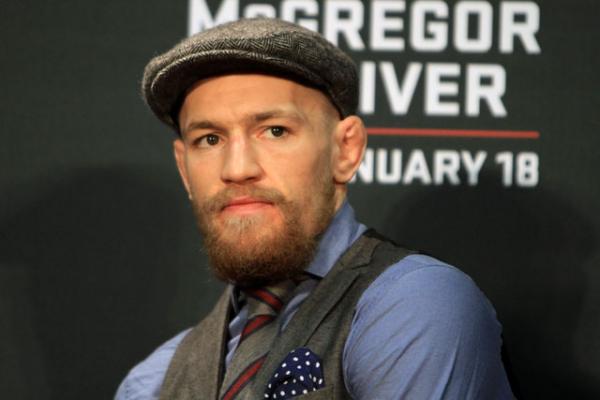 Conor McGregor Has Created a Buzz About UFC 200, Even If He Doesn’t Fight at the Event

Unless you live under a rock or you are returning from a deep-space adventure, there is a good chance that you have heard about Conor McGregor and his UFC 200 debacle. There is no way to make heads or tails of it as time ticks on and more news gets released about the ordeal. The coverage of his retirement and prompt unretirement has dominated not only the MMA airwaves, but also the grander sports picture.

McGregor’s single tweet has sparked a lot of coverage of the UFC’s historic event. Definitely more than any press conference could have ever procured. McGregor’s previous loss to Nate Diaz would have all but sucked out the charisma McGregor had displayed at previous press conferences. The mystique of an unbeaten UFC tenure has vanished. Diaz holds a win over McGregor, so there goes any confidence McGregor could display by calling himself superior to his opponent like he had in past press conferences. The magic just wouldn’t be there for a rematch after the first fight was favorably in Diaz’s corner.

Now, this lone tweet has generated buzz for an event that’s still three months away. It has started a trend, a “Will he or won’t he?” cycle. Will McGregor take part in the famed event, or will UFC President Dana White keep to his guns and leave McGregor on the sidelines? Will the UFC risk the money lost from not having the rematch on this card?

The only big headlines for the event dealt with the rematch between Diaz and McGregor. None of the other bouts would be front-page news on ESPN’s website. McGregor’s single tweet did hit the front page. White’s reaction was aired live on ESPN’s Sportscenter. McGregor saying he was back on the card hit the front page. Even White’s rebuttal was plastered on TMZ Sports. Furthermore, the headlines have made it into media outlets that normally don’t give any airtime to the sport of mixed martial arts. The coverage has hit the mainstream level.

McGregor has earned this level of coverage. Whether you think he is a great fighter or not isn’t really relevant, but through his charisma he has drawn in a crowd that has transcended to the mainstream level. It has made every card he has been on all the more popular, through both ticket sales and pay-per-view buys. It’s a significant achievement, considering no other MMA fighter outside of former champion Ronda Rousey has hit this level. McGregor has cultivated his worth and grown to become the biggest star MMA has today. In an age where the sport is just getting over the hump, McGregor is the man standing at the top.

In the coming days more will be unleashed as the war of whether or not McGregor will be on the card continues to grow — the UFC’s most recent volley is the announcement that UFC 200’s headliner will be a light heavyweight title showdown between champion Daniel Cormier and challenger Jon Jones — but McGregor is making the card all the more interesting, even if he ultimately never sets foot inside the Octagon at the event.