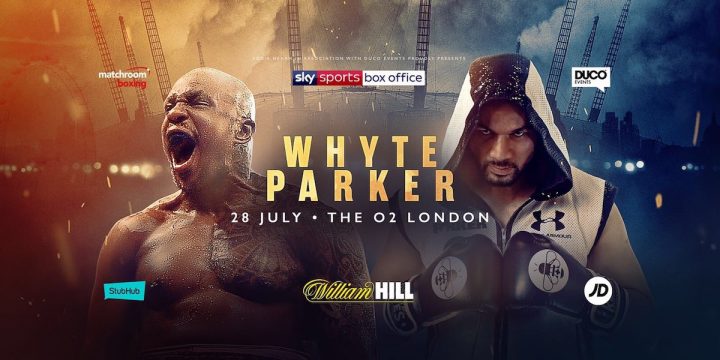 On Saturday, July 28, Matchroom Boxing presented Whyte vs. Parker, from the O2 Arena in London, England.