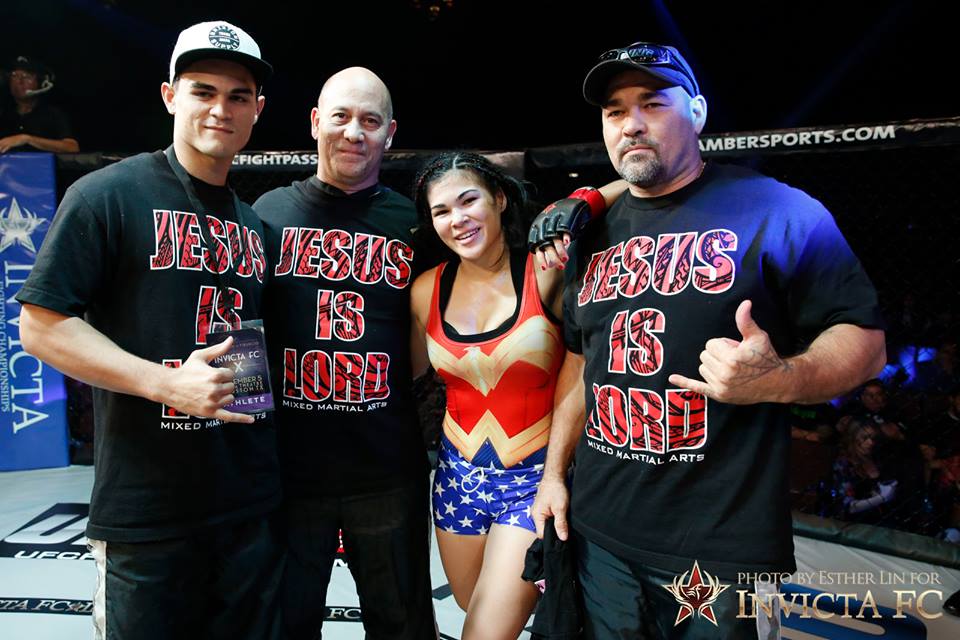 In Hawaii, fighting is kind of a big deal. It’s a way of life. You’re brought up having to fight for everything you get and learning to literally fight if it becomes necessary.

It’s the reason why you see an influx of fighters from the island state making names for themselves in the sport. It all started with B.J. Penn and his popularity, which has led to a new generation of Hawaiian fighters honing their craft at a high level.

Max Holloway, Brad Tavares and others have brought their games to a high level and put Hawaii on the map as an MMA hotbed. However, there is another fighter looking to further exemplify the Hawaiian warrior lifestyle and put her stamp on the MMA game. That fighter is female flyweight Rachael Ostovich.

“The whole state is behind the Hawaiian fighters,” Ostovich pointed out in an interview with Combat Press. “We grew up with that warrior spirit and pride. Hawaii has a bunch of up-and-coming fighters that are taking the sport by storm. We have guys in the UFC and there will be more to come.”

“Without my family, I wouldn’t be where I am today,” Ostovich said. “My dad is my coach; my husband is a professional fighter; my mother helps watch my baby. I am just so grateful for my family. They are super important to me.”

Ostovich entered Invicta with a 1-1 record as a pro, having never fought outside of Hawaii. She took a preliminary card bout against Evva Johnson, a woman who similarly is young in her career and was 1-0 as a pro coming into the encounter. Under the bright lights, Ostovich showed up.

“I like to think I handle pressure fairly well, so making my Invicta debut was amazing,” Ostovich proclaimed. “It was just another fight for me. So I got in the cage against Evva Johnson, treated [it] like another fight, performed well and got the win.”

The victory earned Ostovich a big fight at Invicta FC 14, which takes place on Saturday. Ostovich is set to take on Andrea Lee, one of the division’s best. Ostovich has a big opportunity in front of her. In a division lacking many contenders, a win here for either woman is a huge step forward. It’s an interesting pairing that should provide for a great strategic chess match.

“Andrea Lee is an awesome person,” Ostovich said. “If I wasn’t fighting her, she would probably be my friend. However, we can’t be friends when we fight. I like to think I have stronger ground [game] and wrestling. Her strong point is kickboxing, so I am training to be prepared for that. It will be an interesting stylistic match-up.”

In talking with Ostovich, it became evident that she needs a busier fight schedule. It’s a problem that many women in the sport encounter. They simply aren’t able to stay as active as one would like to be.

“I hope a win puts me in title contention, but I am definitely taking it one fight at a time,” said Ostovich. “Within the next year, I want to stay really active. It’s hard to stay patient because it’s tough to find fights for me. I haven’t fought in 10 months. I want to be the champion and the way to do that is to get more fights and win.”

Win or lose, Ostovich will continue to fight for her family, her state and for her eventual shot at glory. If she stays the current course, you can expect to see her fighting for 10 pounds of gold sooner rather than later.