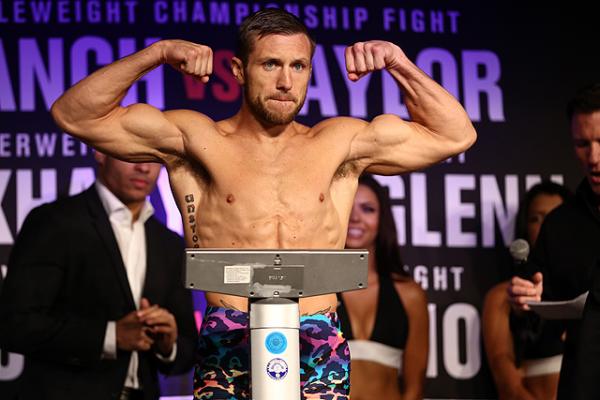 The World Series of Fighting is back in Las Vegas. On Thursday, Dec. 17, the promotion will hold the weigh-ins for its 26th event which takes place Friday, Dec. 18 at The Chelsea at The Cosmopolitan.

In the night’s main event, featherweight kingpin Lance Palmer puts his belt on the line against Brazilian Alexandre Almeida. The champion enters the bout fresh off a dominant submission victory over Bellator and WEC veteran Chris Horodecki in June. The 27-year-old has tasted defeat only once in his 11-fight career. Almeida, meanwhile, is coming off a first-round finish of his namesake, Saul Almeida, in his promotional debut in October. The former Jungle Fights standout has reeled off four straight wins leading into the title affair.

The night’s main card is littered with veterans of The Ultimate Fighter, including Nic Herron-Webb, Josh Hill and Jake Heun, as well as former UFC fighter Robbie Peralta.

The action begins with four preliminary-card bouts airing live on Combat Press at 7 p.m. ET, before transitioning to the NBC Sports Network at 9 p.m. ET for the five-fight main card.

The fighters hit the scales on Thursday at 7 p.m. ET. A live feed and results appears below.