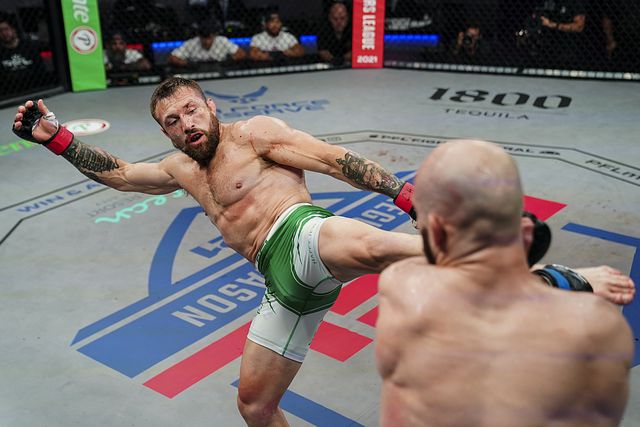 The show continues on its homes, ESPN+ and ESPN, and aims to give fighters the opportunity to compete for a world championship and a grand prize of $1 million. Here, we preview the season’s featherweight field.

Year over year, Lance Palmer is continually a top contender for the $1 million PFL prize and that doesn’t change this year. He had a tough 2021 season last year, dropping decisions to Bubba Jenkins and eventual 2021 season winner Movlid Khaibulaev, but Palmer obviously didn’t take easy fights. The Team Alpha Male product comes back to this season ready to roll, but already has a stiff test right off the bat with Chris Wade.

Bubba Jenkins has a career resurgence last year with his solid showing in the 2021 PFL season. Jenkins, who was formerly a top prospect in his days with Bellator, scored impressive wins in his first two bouts against the aforementioned Palmer and Bobby Moffett. He was bested by Chris Wade in the playoffs, but nevertheless, Jenkins looked refreshed and recharged. He meets Sung Bin Jo in the first round.

I don’t like when fighters coming off a loss are included in the UFC or PFL season, but that will be the case with Ryoji Kudo. Kudo lost his most recent fight in July of 2021 under the Shooto banner. In terms of his resume, he doesn’t have any wins of note, which is why his inclusion here is a bit questionable. He’ll have a lot to prove here. First on his agenda is Brendan Loughnane, one of the favorites to win this season.