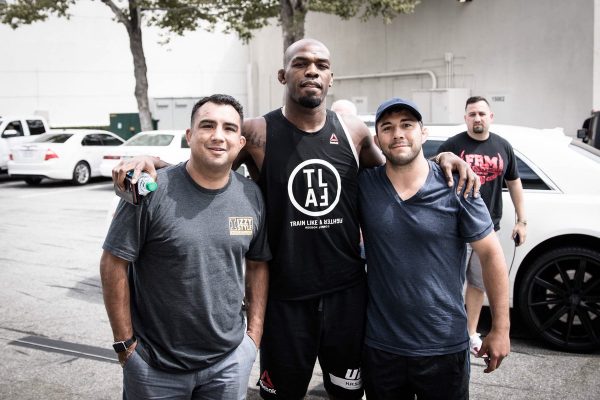 UFC 225: A Spotlight for Izzy Martinez

In the Midwest, particularly the state of Illinois, Izzy Martinez and Izzy Style Wrestling is a household name. Martinez’s accolades in the high school wrestling game are second to none, and he does an incredible job with balancing Montini Catholic High School with the several professional UFC fighters he coaches. All it takes is one day at Montini. Step into their wrestling room and you’ll see the greatness of Martinez, even if it’s just at a practice.

It was during such a practice that you’ll see what makes Martinez highly respected for his wrestling background. He commands the room’s respect and attention. He goes wrestler by wrestler, breaking down what they need to work on. He stays vocal and keeps the full team’s attention at the same time.

“Everyone comes here to get better,” Martinez told Combat Press. “They’re here to wrestle. They’re here to take advantage of being [at] a private institution, the teachers, and this wrestling program.”

While some coaches might struggle with the balance between coaching a wrestling team, coaching some of the best UFC fighters in the world, and being a family man, Martinez does it well. There are also the little things that Martinez does which make him stand out from the rest. He’ll yell a single phrase, numerous times, to set a standard inside the Montini wrestling room. It’s the same standard that all Izzy Style wrestlers maintain.

As Martinez preached these few words, the intensity in the room picked up and remained all the way through practice. This same intensity will now get to be put on display at UFC 225. Right in his backyard of Chicago, Martinez will have multiple fighters inside the Octagon at the UFC event.

When the UFC visits Chicago’s United Center, Martinez will either corner or have been directly involved in the training of Holly Holm, Sergio Pettis and Clay Guida. While each of these fighters has their own head coach and gym, all are synced with Martinez and Izzy Style wrestling.

Holm, who calls the Jackson-Wink camp in Albuquerque, N.M., home, will have a huge test in front of her when she takes on former Invicta FC champion Megan Anderson, who is making her UFC debut. A win — especially an impressive one — will help catapult Holm back into the title picture at either featherweight or bantamweight. Her fight against Anderson will take place at featherweight, but Holm could go back to the weight class where she was once champion. She could even look to rematch Cristiane “Cyborg” Justino in the future.

Pettis, a regular at Roufusport in Wisconsin, also has a chance to burst into a title conversation if he wins. Pettis will take on former top flyweight contender Joseph Benavidez. Although he was defeated by Henry Cejudo at UFC 218, Pettis is still in a position to jump up in the division with a strong showing. Before his loss to Cejudo, Pettis had won his last four fights. He sits at fifth in the UFC’s official flyweight rankings. Benavidez is currently the top ranked flyweight outside of the champion Demetrious Johnson, and if Pettis pulls off the win, it would be hard for the UFC to deny him a future title shot.

Team Alpha Male’s Clay Guida may not be in the top-15 rankings of the lightweight division, but he has a very intriguing and entertaining match-up scheduled against Bobby Green at UFC 225. Guida, who is also from the Chicagoland area, has a great relationship with Martinez and will serve as another great example of Izzy Style wrestling and the overall drive that Martinez instills in all of his fighters.

With a chance to get two of his fighters back into title contention, Martinez is a champion coach at every level he takes on. At UFC 225, he will get the spotlight he deserves.