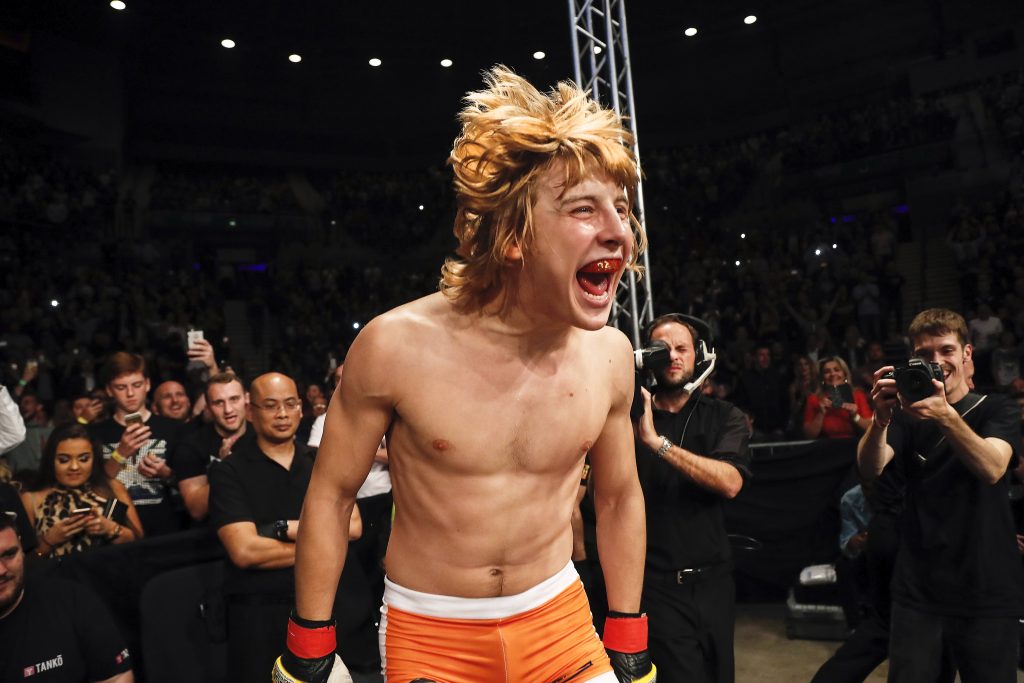 We’re now less than three weeks out from the latest Cage Warriors trilogy event. With all the headliners announced, as well as many of the other fights, there’s plenty to get excited about.

One of the biggest fights announced so far is the clash between Paddy Pimblett and Davide Martinez. The Liverpudlian isn’t someone who needs introduction for any Cage Warriors fan. Pimblett, who now sits at 15-3, has become a star on the European circuit for the fun he brings to every fight with his loyal following and flashy finishes. His jump to a triangle and then an armbar to finish Alex Savvidis is just one example. Despite a loss to Soren Bak for the vacant title in 2019, Pimblett is on track for another chance at the strap after a first-round finish of Decky Dalton at Cage Warriors 113.

Martinez, Pimblett’s foe, will no doubt look to make an impact in his promotional debut. He couldn’t have asked for a better opponent than the former featherweight champion. The Italian is now on a six-fight winning streak. With multiple finishes under his belt, he’s more than a tough opponent for any contender, even Pimblett.

Pimblett and Martinez are featured on Cage Warriors 122, the Saturday leg of the trilogy and the same card where Jordan Vucenic attempts to take the featherweight belt from Morgan Charriere.

Two nights earlier, Paul Hughes will take on James Hendin at Cage Warriors 120. The Irishman is coming off his first loss, which was handed to him by the aforementioned Vucenic at the last trilogy event in December in what served as a No. 1 contender fight. It came down to a split decision after an absolute war. While Vucenic emerged on top after coming into his own in the later rounds, Hughes is still one of the best the division has to offer. He’d previously finished every fight in his professional career with a mixture of submissions and striking. Hughes still has a lot of momentum behind him as a young fighter with only one loss on his record.

Hughes is not afraid to jump back in at the deep end against fellow featherweight prospect Hendin, who’s undefeated through five pro outings. Hendin is coming off a pair of fantastic victories over Jordan Barton and Cage Warriors veteran Kris Edwards where he looked at the top of his game. He was able to maintain control on the ground and punish his opponent.

This looks like a miserable experience for Hughes, but a win over Hendin would put the 145-pounder right back in the top contender spot with a possible title fight in 2021. Meanwhile, a win for Hendin would propel him even further in his already impressive career

On the same Thursday show, undefeated fighters Will Currie and Christian Leroy Duncan go to war in a middleweight bout. You’d be deceived just looking at their pro records in thinking that Currie, who has three more pro fights to his name, is the more experienced fighter. Duncan may not have the pro experience, but his amateur record includes an incredible 23 appearances to Currie’s five. Nevertheless, one similarity between them that viewers will be happy to hear about is the amount of finishes they have stockpiled.

Currie has three submissions in the first round so far in his pro campaign. His Cage Warriors debut at the last trilogy event didn’t go the same way, but he still put in a dominant performance on the ground while always threatening a submission from a superior position.

Both of Duncan’s professional Cage Warriors bouts have ended quickly due to his explosive striking. His last fight came to a halt after he knocked down Lukasz Marcinkowski with a spinning back kick just one minute into the first round. Duncan spent much of the first stanza of his fight against Kyle McClurkin on the ground, where he had to fight off submissions after unfortunately being caught in a bad position early on with his back taken. He came out swinging in the second round, though, and a hard elbow caught McClurkin after he had quickly been pressured to the fence. Duncan followed with a flurry of punches to end the fight in just 12 seconds of the second frame.