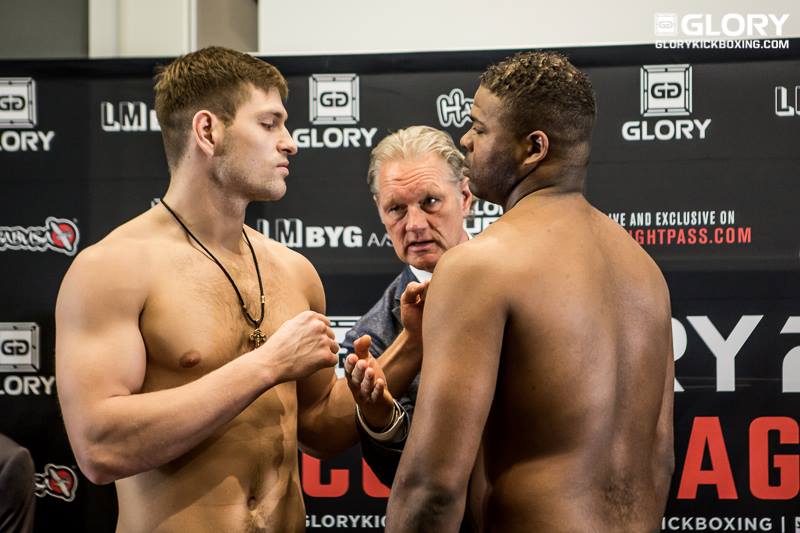 In the main event of the evening, GLORY veteran Kirill Kornilov returned to the win column with a decision victory over Kirk Krouba. Kornilov lost to top-10 heavyweight Jahfarr Wilnis in his GLORY debut in the semifinals of the GLORY heavyweight contender tournament at GLORY 29. Krouba entered the bout on a losing streak with consecutive knockout losses at ACB Kickboxing 6 and Kunlun Fight 46.