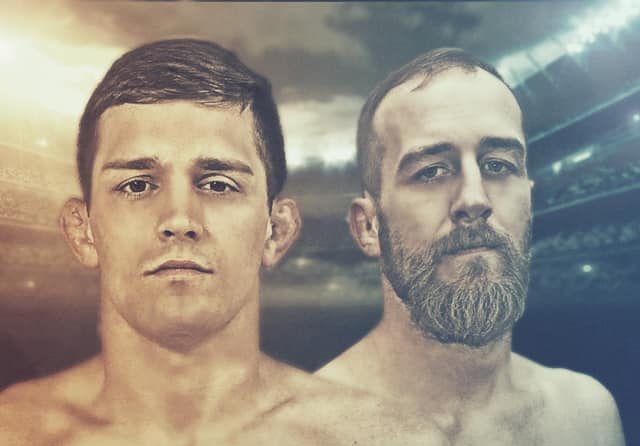 The Legacy Fighting Alliance couldn’t quite make the cut for this preview series with its last two events, but it wasn’t for a lack of talented prospects. The events just happened to land on very stacked weekends for the regional and international circuit. However, the company’s 66th event doesn’t face the same struggle, and an undefeated 10-fight veteran would put the card high on the list even during a significantly stacked weekend of fights. The undefeated prospect in question is Jon Neal, who seeks to extend his winning streak when he clashes with fellow featherweight Tyler Diamond in the evening’s headlining bout.

The 30-year-old Neal has been toiling around the regional scene since 2008 while slowly building his resume. He’s dealt with injuries that have prevented him from staying more active and climbing into the bigger shows. Remarkably, this is his first LFA appearance. After competing for Total Mayhem and Jeremy Horn’s Elite Fight Night early in his career, the Utah resident became a mainstay of the SteelFist Fight Night organization. By his sixth fight, Neal had picked up the SFN lightweight belt. After two successful defenses of the title, the One Hit MMA product moved down to featherweight and grabbed that SFN strap as well. In his most recent bout, Neal defended the featherweight crown with a submission of Skyler Frazier. Outside of his pro debut, Neal has never gone the distance while racking up six grappling submissions, one striking submission and two technical knockouts.

Diamond, a member of Team Alpha Male, posted a perfect mark through seven amateur contests before making his pro debut in 2015. He continued his winning ways through his first nine professional fights, including notable wins over fellow undefeateds Edward Thommes and Nathan Stolen. He also topped veterans Ran Weathers and Emilio Chavez. His success was rewarded with a spot in the cast of The Ultimate Fighter 27. Diamond won his first TUF fight with a submission of Dulani Perry, but he stumbled in the semifinals against Jay Cucciniello. Despite the loss, the 28-year-old returned at the finale event against Bryce Mitchell. Mitchell, however, was able to eke out the majority decision over Diamond, who then departed the UFC. While the former NCAA Division I wrestler has seen the scorecards on numerous occasions, he’s also a proven finisher on the feet.

This has all the makings of a “Fight of the Night” candidate. Neal is very effective on the mat and rarely ever leaves the fight in the hands of the judges, but he has a tall task in Diamond, who trains with a top camp and has the experience of fighting at the highest level of the sport. Furthermore, Diamond’s hands could play a factor in this fight.

Neal has topped some solid veterans like Scott Casey and Jordan Clements, but this is yet another rung up the ladder for the former lightweight. He’s always a threat with submissions, but he’s facing a strong wrestler with ground-and-pound abilities. Neal also has to shake off the ring rust that comes with two years on the sidelines. This is an uphill battle for the Utah native, and he could find little room to execute his offense while dealing with the stifling wrestling of Diamond. If Neal wins this fight, he could finally prompt a look from the UFC. However, Diamond is likely to take the fight by either TKO or a decision.

ZST is perhaps the most overlooked of Japan’s many long-standing promotions. Every so often, the company delivers a noteworthy fight featuring an up-and-coming talent. In this case, that honors goes to flyweight Tatsuki Saomoto, who meets Ryota Sasaki in one of the show’s featured bouts.

The flyweights may not be valued by the UFC, but there are still plenty of other organizations where these exciting fighters can ply their trade. Saomoto might never gain global recognition unless he moves up to bantamweight, but he is certainly a standout among 125-pounders in his homeland. After submitting both of his amateur foes, the youngster made his pro debut in 2015. He was submitted in that first outing, but he rebounded with four wins, including three stoppages. His next taste of defeat came against 14-fight veteran Ze Wu, who claimed a decision over Saomoto in 2016. Since then, the 22-year-old has been perfect through seven bouts. He holds notable victories over veteran Takehiro Ishii and prospect Seiichiro Ito. His most recent appearance came in a grappling bout against Hideo Tokoro that ended in a draw.

The 32-year-old Sasaki provides Saomoto with yet another veteran test. The grizzled veteran has been fighting at the professional level since 2006, when he debuted under the Pancrase banner against Isao Hirose. The two men fought to a draw, and Hirose won the rematch just a few months later. Sasaki’s career has been a roller-coaster ride of ups and downs, and he has never won more than four fights in a row. He hardly ever fights very experienced opponents, but his two most recent fights came against the aforementioned Ishii, who already had 38 contests under his belt at the time, and Takao Ueda, a 24-fight veteran.

This affair seems bound for the scorecards. It’s only slated for two rounds, which doesn’t give these men much time to work. Furthermore, neither has shown a tendency to rush things — Sasaki has seen 21 decisions through 28 bouts, and Saomoto has gone the distance in eight of his 13 encounters. Sasaki’s inconsistency doesn’t help his chances against Saomoto. The Brave Gym export should carry the momentum of his win over Ito into this fight and add a unanimous nod over Sasaki to his record.

Sweden’s Superior Challenge organization has made excellent use of a number of UFC castoffs to build strong offerings. The only drawback for the company is its inactivity. Superior Challenge has never held more than two shows in a calendar year since its inception in 2008. This is the promotion’s first effort in 2019, and it’s a great one. UFC veterans Diego Nunes, David Bielkheden and Pannie Kianzad feature prominently on a card that also includes Bellator vet Iony Razafiarison. The lineup also benefits greatly from a middleweight title showdown between ex-UFCers Dylan Andrews and Nico Musoke.

Andrews, who debuted in 2006, has seen better days. The 39-year-old won his first six pro bouts, and he had amassed a respectable 15-4 mark by the time he joined The Ultimate Fighter 17 cast. Prior to his reality-show stint, “The Villain” scored a victory over Shonie Carter and suffered losses to Brian Ebersole and Jesse Taylor. Andrews fared well on the show, where he defeated Tim Williams, Zak Cummings and Luke Barnatt before falling victim to Uriah Hall. He remained on the roster following TUF 17 and won his first two Octagon outings. That’s when the wheels fell off. Andrews injured his shoulder for a loss against Clint Hester, and he fell short in subsequent appearances against Sam Alvey and Brad Scott. After departing the UFC, the Aussie fighter won a rematch with Papy Abedi and was knocked out at the hands of Azamat Amagov. This will be his first fight since 2017.

Sweden’s Musoke took a more direct route to the UFC. The Allstars Training Center and Tristar Gym product debuted with a win in 2007 and added three more victories before running into future UFC fighter Danny Mitchell for a loss in 2010. After a bounceback win, he fell yet again to an eventual UFC fighter in Cathal Pendred. Musoke found better luck over his next eight fights, which included seven wins and a draw. His victories in this stretch included a submission finish of another future UFCer, Stevie Ray. He made his Octagon debut in 2013 and locked in an armbar in the first round to defeat Alessio Sakara. Overall, Musoke managed a 3-3 mark inside the UFC, with losses to Kelvin Gastelum, Albert Tumenov and Bojan Velickovic. His other Octagon wins came via decision against Viscardi Andrade and Alexander Yakovlev. The 33-year-old Swede spent more than a year on the sideline before returning for one bout in 2018 against Daniel Acácio at the last Superior Challenge event.

These two recent UFC departees are looking for a way back to the world’s biggest MMA promotion. However, time is working against Andrews, and a post-UFC loss doesn’t help matters either. Musoke is younger, and he boasts a stronger overall resume. He has also trained with a camp that has produced some high-level fighters, including Alexander Gustafsson and Ilir Latifi. He furthered his development by spending time at the Tristar Gym, famous as the home to UFC great Georges St-Pierre.

Both of these men have struggled to find a foothold at the highest level of the sport, but Andrews is fading far more than Musoke. The Aussie has just three wins over his last seven fights — eight, if you count the exhibition affair with Hall. Musoke, meanwhile, has suffered all of his losses to fighters who reached the UFC at some point in their career. The Swede engaged in a back-and-forth battle with Velickovic, and he even dominated the first round against Gastelum before fading. Musoke might not be a world-beater, but he’s capable of taking the fight to Andrews and emerging with the decision win.

Lights Out Xtreme Fighting 1: Michael Quintero (5-1) vs. Jack May (10-6) for the heavyweight title