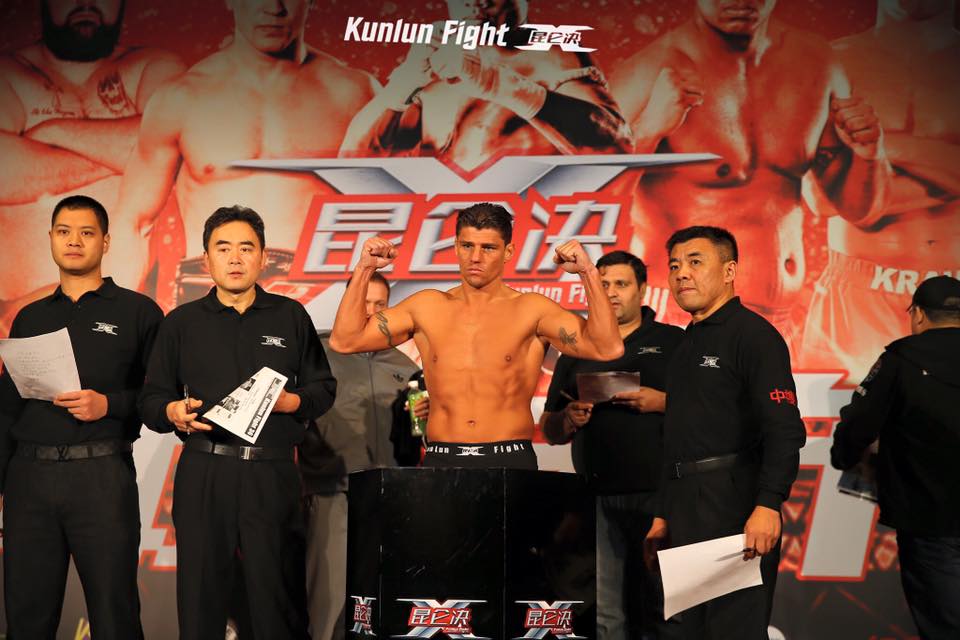 On Sunday, June 26, one of the world’s best kickboxing promotions returned for Kunlun Fight 46. Kunlun Fight entered Kunming, China with a 12-fight card featuring bouts under kickboxing, Muay Thai, boxing and MMA rule sets. Kunlun Fight 46 was the 12th event in 2016 from fastest growing combat sports promotion in the world.

In the main event of the evening, former K-1 MAX champion Albert Kraus returned against rising Chinese kickboxer Li Zhuangzhuang after getting upset by Gu Hui at Kunlun Fight 39. Hui surprised Kraus and the world when he took an extension round decision against the late replacement opponent. The upset defeat was just the second time Kraus has lost to a Chinese opponent, the first came against Zhou Zhipeng at a Wu Lin Feng event in early 2015. Li Zhuangzhuang hoped to be the third Chinese opponent to defeat Kraus. Zhuangzhaung had already been knocked out of the Kunlun Fight Clash of Titans 70-kilogram tournament field with a loss to Artem Pashporin in the finals of Group 3 qualifying tournament.

The event featured two qualifying tournaments for the Kunlun Fight Clash of Titans 64-man tournament. Two of the final three openings in one of the biggest tournaments in kickboxing history were decided in two separate four-man, one-night qualifying tournaments. In one part of the Group 14 semifinals, Lukasz Plawecki earned his place opposite former New Japan Kickboxing champion Tomoyuki Nishikawa by winning a qualifying four-man, one-night tournament at HFO: Kunlun Eliminations in May. In the other semifinal bout, Dutch kickboxer William Diender takes on Li Nikai. In one of the Group 15 semifinals, the experienced Arthit Hanchana droped to 70-kilograms to take on German kickboxer Pascal Schroth, who recently defeated three opponents in one night to win the 2016 K-1 Germany grand prix. The other half of the Group 15 semifinals was a battle of Chinese striker Tian Xin and American Muay Thai stylist Joe Pagiluso.