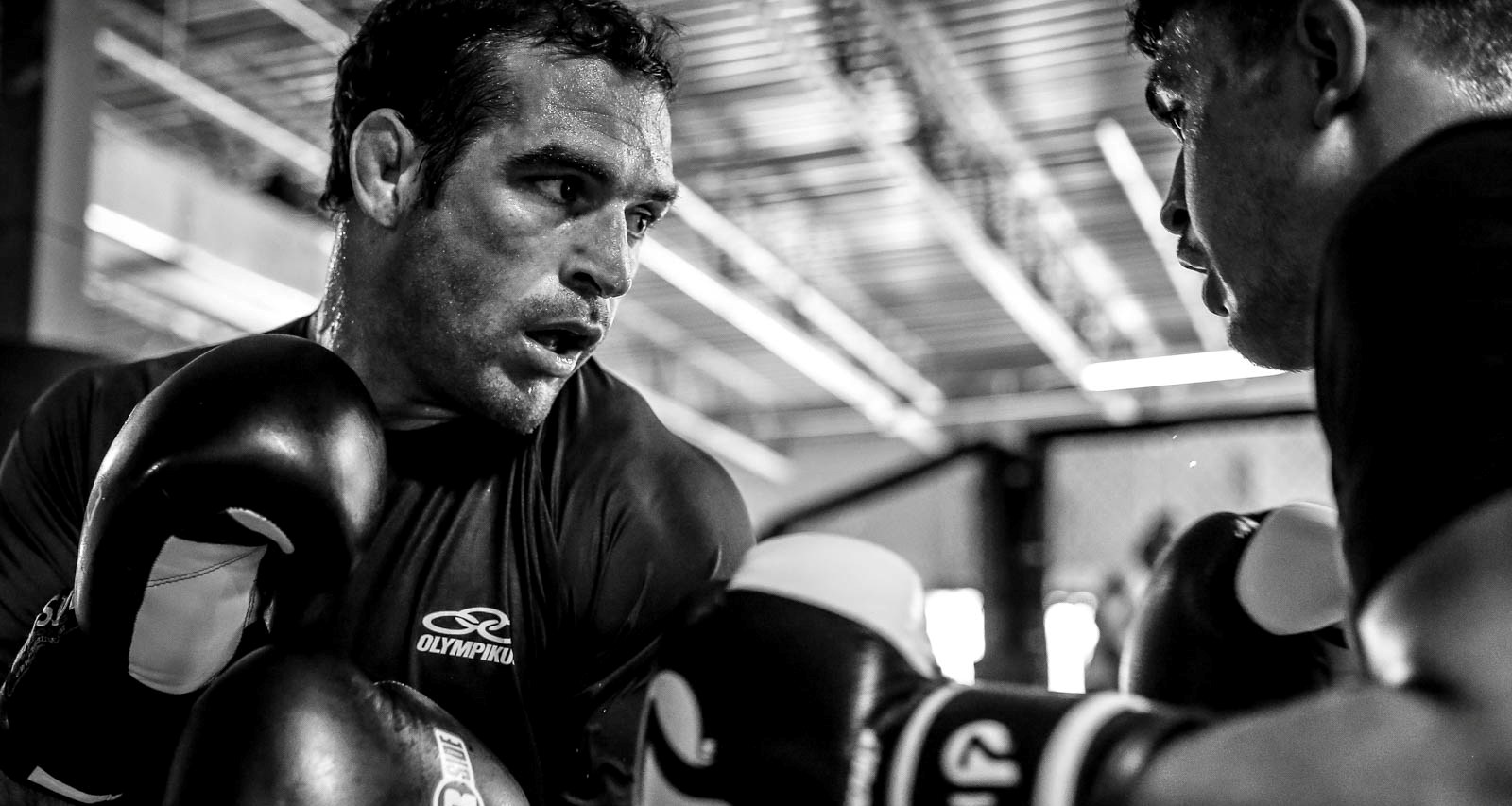 Out of Obscurity: FFC 25, Pancrase 278 and Deep Nagoya Impact

The Croatian-based Final Fight Championship promotion is ready for its second venture to U.S. shores just one week after its first American show. The company’s 25th event features a full lineup of kickboxing fights topped by a match-up featuring Strikeforce and Bellator veteran Virgil Zwicker, but it also includes a solid lineup of MMA bouts that have undergone some late changes. The resulting fallout puts the promotion’s most successful member of the bill, undefeated jiu-jitsu ace Leonardo Leite, in a middleweight tilt against Matt Masterson.

Brazilian Top Team’s Leite is more well-known for what he has accomplished on the grappling mats than for what he has done inside a cage or ring. The 38-year-old is a two-time world champion in Brazilian Jiu-Jitsu and is highly decorated in jiu-jitsu and judo competition. He spent approximately two decades competing in those martial-arts disciplines before launching his professional MMA career in 2013. Leite scored two submissions and two decision nods through his first four fights, all of which took place in Brazil. Then Leite signed with Legacy Fighting Championship and made his promotional debut in late 2014. He challenged and defeated Myron Dennis for the league’s light heavyweight strap. The victory was his first of two consecutive TKO stoppages. The second of those finishes came in Leite’s move to middleweight to vie for the vacant Legacy crown against fellow title hopeful Larry Crowe. Leite returned to action in November to defend his middleweight belt against Ryan Spann. The Brazilian went the distance with Spann and emerged with the unanimous verdict.

Ohio’s Masterson is a replacement for Leite’s original opponent, David Mitchell, who was shuffled to a headlining match-up against Dervin Lopez. The change is a puzzling one that gives both Leite and Mitchell opponents of lower stature. In Leite’s case, he now meets a 10-3 fighter who has been competing professionally since 2005, but who last stepped into the cage in 2013 — and that is his only fight since 2011. Masterson loves to hunt for chokes — he has four submission victories via this method — but he can also end fights with strikes, as he has done on three occasions. The journeyman has three losses on his record, but two of those defeats, decisions losses to Chris Price and Rory Singer, came against UFC veterans. The only notable name in Masterson’s win column is Cortez Coleman, a Bellator and Strikeforce veteran who also appeared on The Ultimate Fighter reality series.

Masterson’s record suggests he’s a prospect, but he’s going to suffer from ring rust in a bout against a fighter who is arguably better than him regardless of where the fight takes place. There’s no way Masterson, despite his ability to lock in chokes, is going to want to take the fight to the canvas against a world champion jiu-jitsu player. However, Leite has developed a strong striking arsenal to complement his jiu-jitsu game, and that will make Masterson’s mission all the more difficult. Leite is likely to have his way with Masterson, and he has a solid chance at becoming the first opponent to stop Masterson within the distance.

UFC President Dana White once suggested that they could be in the UFC before long. That was years ago and here they are, the world’s top 115-pound men, still barely a blip on the radar for most MMA fans. Pancrase’s Mitsuhisa Sunabe may be one of the best in the men’s strawweight division, and Ryo Hatta is certainly a promising up-and-comer within the weight class. Their Pancrase 278 bout could be a passing of the torch of sorts from the veteran to the upstart.

The 36-year-old Sunabe has been fighting professionally since 2001, competing primarily for the Pancrase organization. He was at one time the flyweight King of Pancrase before dropping to strawweight and capturing gold at his new weight with a split decision over Hiroyuki Abe. This fight, however, does not appear to be for the strap. Instead, Sunabe is attempting to derail the rise of prospect and former ZST champion Hatta. Sunabe has seven finishes by some form of knockout and five submission victories. Meanwhile, he has only been stopped once.

Hatta will make his Pancrase debut following an extended run under the ZST banner and a stop in the Grandslam organization. The 24-year-old made his pro debut in 2011 and racked up seven wins before challenging for the ZST flyweight crown. He stopped Tatsuya Watanabe with an armbar in the fourth round to capture the championship, but he relinquished the belt in his very first title defense when he was stopped via TKO by Seiichiro Ito. Hatta then moved to Grandslam, where he returned to the win column with a submission finish of Junichi Hirata. Overall, the young fighter has seven submissions.

Hatta is the rising prospect and Sunabe is the aging veteran, but that doesn’t mean this fight has a clear, predictable outcome. There’s a huge difference between the competition Hatta has seen in his time with ZST and the who’s who of the sport that Sunabe has faced. Hatta’s toughest opponents on paper were the 17-16-1 Yuichiro Yajima, the aforementioned 8-3-1 Watanabe and 6-1-2 Ito. Hatta emerged from that stretch of fights with two victories and one submission loss. Sunabe’s resume starts with a 2002 victory over fellow current elite strawweight Rambaa Somdet and stretches more than a decade with fights against the likes of Yoshiro Maeda, Kiyotaka Shimizu, the aforementioned Abe and veteran competitor Takafumi Ito. He’s seen it all and battled his way to 14 decision victories to accompany his 12 finishes.

Hatta may have some potential, but he lacks Sunabe’s extensive experience at the upper echelon of the sport. Furthermore, the younger fighter will give up size to Sunabe in this strawweight match-up. Given Hatta’s TKO loss, it’s a possibility that Sunabe scores a stoppage for the win. However, the safer bet is that this fight goes the distance and ends with Sunabe squeaking out the victory.

Naoki Inoue’s last name is not an uncommon one in Japan, but this fighter shares more than just a name with a more well-known mixed martial artist. Naoki is the 18-year-old brother of Invicta star Mizuki Inoue. Naoki, much like his sister, has been fighting since an early age. The Hakushinkai Karate product was just 16 when he made his pro debut in February 2014 with a submission win over fellow rookie Gaku Sakamoto. His next stop was the one-night Deep 2014 Flyweight Future King Tournament, in which Inoue again claimed victory with a first-round submission finish of his opponent. He has gone on to add four more wins to his resume, including three more submission finishes.

Kato is the second vastly experienced fighter to lock horns with Inoue. The 32-year-old made his pro debut under the Deep banner in 2007 and put together a strong showing of 9-3-1 through his first 13 fights. The Splash product fell on hard times in 2012, though, beginning with a decision loss to Yuki Motoya. It was the start of a 10-fight stretch in which Kato went a miserable 2-7-1 against varying levels of competition. Kato is a strong striker, having finished six opponents with his fists, but he also blends in some grappling elements, which account for his two submission finishes.

Naoki doesn’t have the name recognition of his sister, but he’s still just 18 years old. Give it time. He’ll have to keep an unblemished record, too, but that’s entirely possible. His zero won’t disappear in this match-up with Kato. The veteran fighter has struggled to find any consistency, even when fighting opponents who should be far inferior to him. Inoue’s going to have to work hard to submit Kato, who has only surrendered once to submission. However, the 18-year-old is quite capable of getting it done. This one ends midway through the contest when Inoue snags an arms and coaxes a tapout.