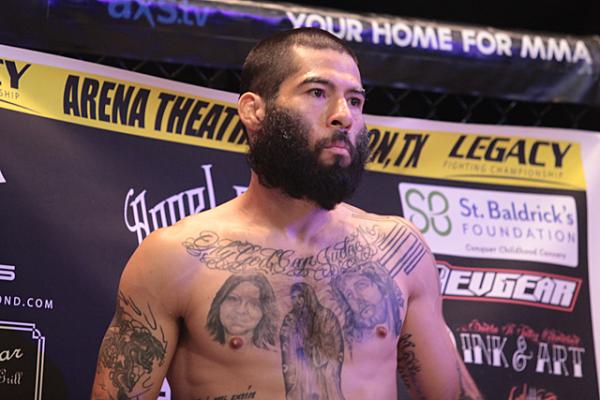 RFA vs. Legacy Superfight Slated for May 8 in Mississippi

On Friday, May 8, AXS TV will broadcast its first head-to-head MMA event.

The event will feature fighters from Resurrection Fighting Alliance and Legacy Fighting Championship and takes place from the Horseshoe Tunica Hotel and Casino in Robinsonville, Miss. It airs live on AXS TV at 9 p.m. ET.

In the night’s main event, the promotions’ flyweight titleholders will lock horns. RFA champion Alexandre Pantoja will square off with WEC and UFC veteran Damacio Page. Pantoja enters the bout riding an eight-fight winning streak. He’s finished 11 of his 15 career wins and most recently submitted Matt Manzanares at RFA 18 by technical submission. Page, meanwhile, will step into the cage having won four of his last five fights. The New Mexican fighter has won his last four straight inside the Legacy cage, including a first-round destruction of Brian Hall to capture the 125-pound title.

The card will also include two title fights, one from each promotion. The RFA bantamweight belt will be on the line when Luke Sanders takes on Terrion Ware, while the Legacy lightweight title will be up for grabs when Dave Burrow meets Mike Bronzoulis.

More fights for the combined event are expected to be revealed in the coming months.