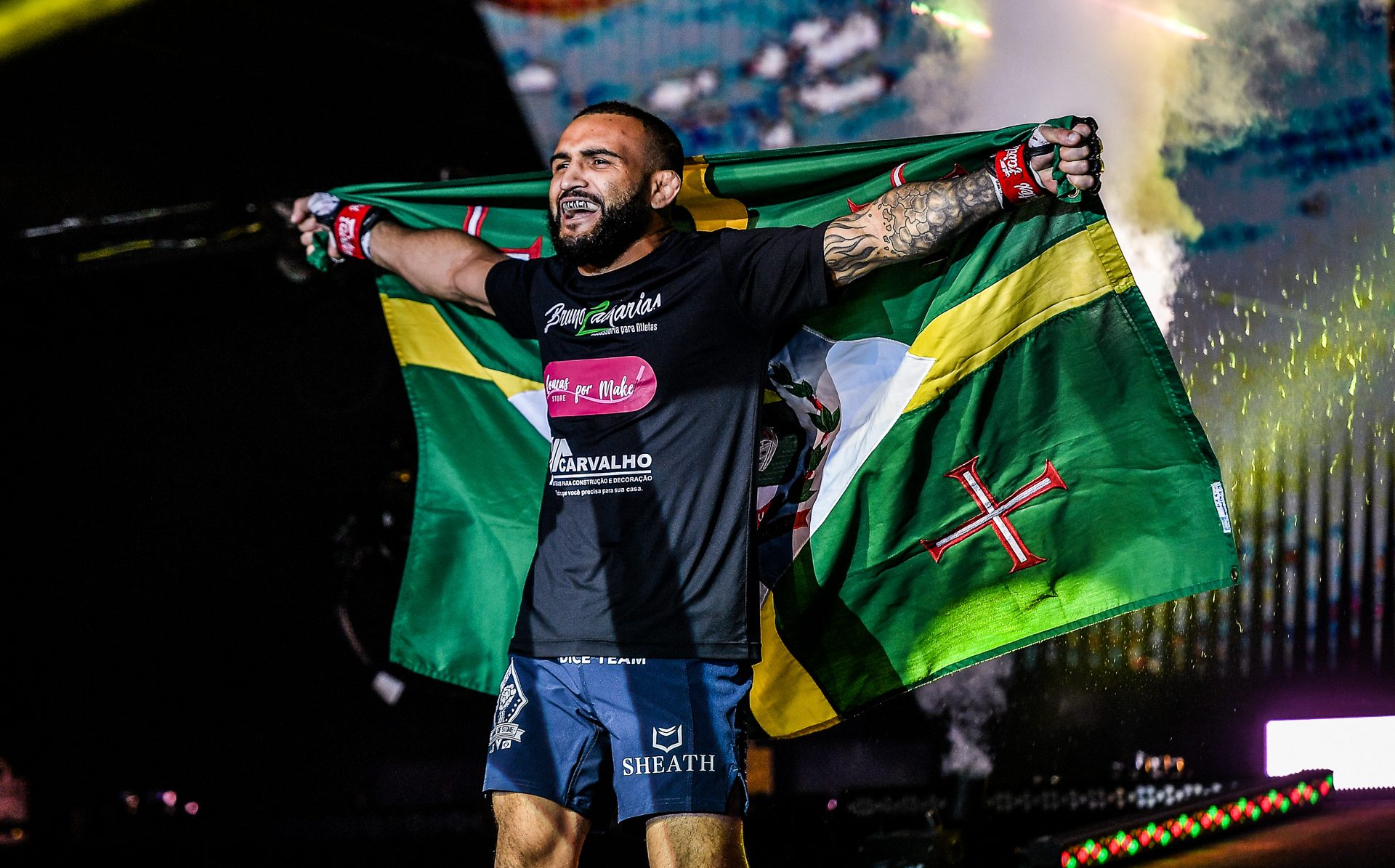 Excitement is building around ONE on Prime Video 10: Johnson vs. Moraes III, ONE Championship debut live event on U.S. soil, which is set to go down at the 1stBank Center in Colorado on Friday, May 5.

And one of the many stars who are thrilled with the recent announcement of the show is John Lineker, former ONE bantamweight world champion.

“ONE’s U.S. debut is great news for all of us fighters, and also for the event, which has been growing a lot around the world. It will be very good for us fighters in terms of sponsorship and visibility, among other aspects,” Lineker told ONE.

“It would be an honor [to be included] because most of my international fights were in the United States. So, to be fighting again in the U.S. for ONE Championship would be amazing.”

The main event for the inaugural U.S. event is a familiar tie. ONE flyweight world champion Demetrious Johnson meets Adriano Moraes for the gold and to settle their series. Each man has finished the other, with a flying knee no less, so the hype is at an all-time high for their rubber match.

When it comes to picking a winner, “Hands of Stone” has sided with his fellow countryman in the third installment.

“I believe in a victory for Adriano Moraes. He has a better ground game than Demetrious Johnson. I believe he will work well from a distance since he has a bigger wingspan, and he won’t let the DJ dominate the center of the cage,” Lineker said.

“My bet is that Adriano Moraes will take down DJ and win this trilogy by submission.”

Although the Brazilian star is excited about ONE’s U.S. debut, he has his sights locked on his own score to settle inside the Circle. Lineker will meet Fabricio Andrade at ONE on Prime Video 7 on Friday, Feb. 10, for the vacant ONE bantamweight championship.

Their first meeting didn’t go as planned for either party, as the match was cut short by an errant low blow.

Lineker is ready for the rematch, however, and once he finishes that matchup, he will turn his attention to whoever his next opponent is, with the hope of landing a fight at a U.S. event.

“My focus now is to beat Fabrício Andrade. Let’s see after my fight and after the debut of ONE in the United States if any interesting opponents appear to fight in the next edition,” he said.

ONE on Prime Video 7 will be available for free to all Prime Video subscribers in the U.S. and Canada on Friday, Feb. 10, at 8 p.m. ET.

ONE on Prime Video 10 tickets will go on-sale in the future, but fans can sign up here for priority access.