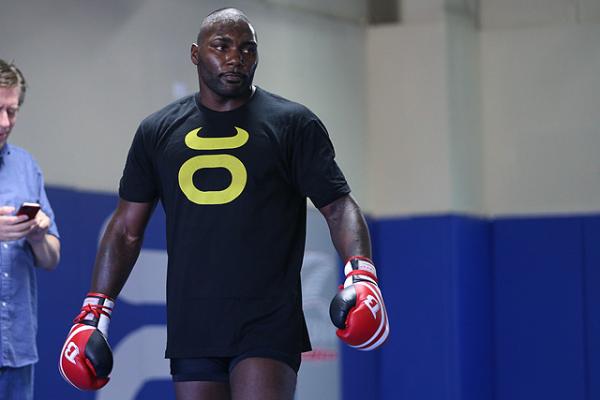 When Dana White and the Fertitta brothers took over the UFC, they did so with one goal in mind. They wanted to make this sport as legitimate as all other major sports around the globe. From the implementation of the unified rules to the recent Reebok deal, every move to date has been aimed toward making the UFC brand look and feel like a major sport everyone worthy of everyone’s attention. With Zuffa’s track record and the heights the regime has brought to a brand many thought had no place in the combat-sporting world, let alone mainstream sports, it would be a tough task for anyone to argue with the amount of success that has come the company’s way since the purchase from Semaphore Entertainment Group back in 2001.

Of course, like any other major business, it all came with some growing pains. In fact, the UFC, being only a little over 20 years old, is still in the process of meeting that goal it set for itself back in 2001. One of the current growing pains is not taking place inside the Octagon or in a business setting. It is coming by way of fighters not acting up to the standards to which the media and fans hold their professional athletes.

Yes, other sports have this issue as well. It is not associated to just the UFC or other MMA promotions. The difference is, those other major sports have a protocol in place to handle certain situations. The UFC, maybe because the company used to be able to just sweep it under the rug, seems to be figuring it out on the fly. But let’s give credit where credit is due: at least the collective heads of Zuffa are trying to do something about it, rather than ignoring the problems that arise and hoping fans will just forget.

This is very much a product of the company’s own success. Before the big TV deal with Fox and the constant ESPN appearances, it was arguably much easier for problems, like the one light heavyweight contender Anthony “Rumble” Johnson found himself in after a Facebook rant where he described a woman in a not-so-kind manner and admitted he threw her yoga mat across the gym and would gladly do it again, to swiftly go away. Now, with all the media and major morning TV shows like Good Morning America paying some attention to what is happening in the world of mixed martial arts, the UFC has to act very quickly and intelligently when an incident like Johnson’s surfaces to show that it doesn’t take lightly to criminal acts or extreme misbehavior.

It is just another step for the company to show the world that MMA is in fact a sport and not just brute violence inside a steel cage. But is the promotion taking the right path toward dealing with issues like the one the former light heavyweight contender put himself in? Is a guy like Johnson, given his track record, worth the headache when you are in the middle of building a sport that has such a bad rap because of its violent nature?

In Johnson’s defense, the first issue he had with a former girlfriend never went past the he said, she said stage. Rightfully so, the UFC allowed Rumble to continue his career after nothing came out of the allegations made by his former girlfriend. That was strike one.

This new confrontation, again involving a woman, could and should be considered strike two for Mr. Johnson.

Johnson is one of the biggest punchers in all of the UFC and most fans love to see him compete. Therefore, he seems to be getting a little longer of a leash. Again credit where credit is due: Johnson came out and apologized for his actions and admitted he was wrong. However, at what point is all that nullified by his track record, especially given the situation the UFC is currently in and where the company plans to take the brand in the future? Situations like these won’t be overlooked as easily as before and it is up to the UFC brass to adjust with the time and the position they currently hold in the sports landscape.

It seems a bit foolish to put everything at risk for just a handful of really good fighters the UFC wants to keep under contract (and also possibly prevent them from signing with other promotions where they probably won’t get much flak because the media attention is dismal compared to the UFC).

I believe in second chances, especially with fighters as talented as Johnson. But at some point the bigger picture has to take precedent. Should the UFC just cut Johnson now and avoid the baggage it had to put up with thus far? We are quite there yet, but, man, is he ever walking on thin ice.