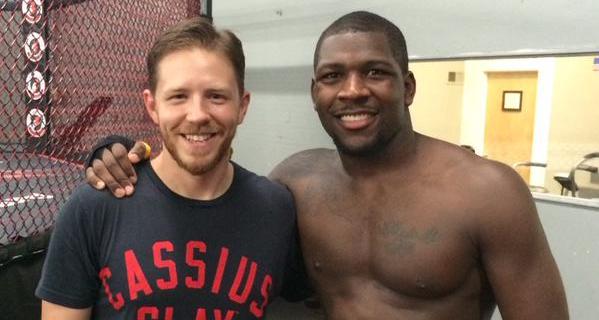 When the UFC purchased Strikeforce a little over four years ago, many MMA fans and experts called it the final piece of the puzzle that was Zuffa’s complete and utter domination of the sport. Just like Pride, the WEC, Affliction, Elite XC and countless others, Strikeforce offered up more proof that attempting to compete with the UFC usually ends one of two ways for a rival MMA promotion: either with a UFC buyout or pushing up daisies (and either way, your talent is likely to end up in the Octagon). Strikeforce chose the first option, with Scott Coker selling his San Jose-based organization and a stable of quality fighters to the UFC.

It often seems that Strikeforce veterans get lost in the shuffle compared to their Pride or WEC counterparts when it comes to MMA nostalgia, but one look at the current UFC roster shows that the Coker-owned promotion may have more to do with the success of the UFC in 2015 than any other former promotions combined.

The list of former Strikeforce fighters making major waves in the UFC seems to go on for days. Current welterweight champ Robbie Lawler’s major career resurgence started in a Strikeforce cage. Middleweight title contenders Luke Rockhold and Ronaldo “Jacare” Souza were battling for gold inside Strikeforce’s six-sided cage long before stepping foot inside the Octagon, as were major stars like Miesha Tate and Daniel Cormier. Then there’s the crown jewel of the deal, Ronda Rousey, who has gone from relative obscurity to becoming possibly the biggest female athlete on the planet in the four years since Strikeforce was sold.

Throw those fighters in with the major names the UFC was excited about acquiring at the time, most specifically former Strikeforce champs Alistair Overeem and Nick Diaz, and it becomes even clearer that Coker and company had an insane amount of talent on the roster. In fact, three of the next four UFC pay-per-view headliners will feature a fighter acquired in the Strikeforce deal, as will four of the next six pay-per-view title fights. Whether Coker realized how much talent he had at the time and just had to cut his losses or if he made a colossal mistake isn’t clear and probably never will be, but the Strikeforce boss had a collection of the most talented and popular fighters in the sport today under contract almost five years ago.

Coker’s ability to spot potential stars while they’re still next to nothing in the MMA world was uncanny while he was with Strikeforce, and it’s a skill he desperately needs to hope he’s retained now that he’s the head of Bellator MMA. If there’s one thing that’s going to drive the MMA organization to new heights and enable it to compete with the UFC, it’s going to be talent. Despite all of the money and the fanfare surrounding the UFC, MMA fans are smart enough to demand to see the best fighters in the world. If Coker can scout and sign another batch of talent comparable to the group of fighters he had in Strikeforce a few years ago, then things have the potential to get interesting again at the top of the MMA world.

To his credit, it’s not like Coker is working with a roster full of scrubs at the moment. He has some viable talent currently competing under the Bellator banner. Coker inherited some really good fighters when he took the Bellator job, with guys like Will Brooks and Patricio “Pitbull” Freire sticking out as possible stars. And while acquiring talent isn’t easy, we have seen Coker make some moves to get fans excited about Bellator’s future. The recent signing of former NCAA wrestling champion and possible Olympian Ed Ruth this past week was a major acquisition for Bellator, and so was the company’s late-2014 signing of Aaron Pico, an 18-year-old blue-chip MMA prospect with strong credentials in boxing, wrestling and pankration at an absurdly young age. While these aren’t crazy, high-profile signings that set the Twitter-verse on fire, they’re strong grabs for a promotion looking to cement a solid foundation for the future.

These moves, along with Coker’s splashy signings like former UFC vet Phil Davis, are creating a nice mixture of current and future stars on the Bellator roster and may be planting the seeds for a big push from the Viacom-owned promotion in the next couple of years. Remember, Bellator was apparently prepared to make a big push for former UFC champion Brock Lesnar earlier this year before “The Beast Incarnate” decided to stick to his pro-wrestling career, so they’re obviously not going to be afraid to break out the checkbook going forward.

While creating a promotion full of homegrown Coker talent would be a dream come true, Bellator is smart enough to realize that it isn’t really in the position to truly make its own stars right now. If other talented former UFC contenders like Davis become available, it’d be wise to expect Coker to jump all over them in order to gain credibility for his own brand, and if Coker’s homegrown talent can eventually start taking out some notable UFC vets, we could see some momentum swing his way.

However, Coker has a long way to go if he wants to build his current roster into anything close to one with the amount of talent he had in Strikeforce. While there’s certainly some amount of talent on the Bellator roster at the moment, it’d be tough to argue that anyone in the organization would be able to walk into the Octagon in the next 12 months and achieve anything greater than a top-10 ranking. That’s going to have to change significantly if Coker and company want to move even the smallest bit outside of the UFC’s shadow in the next few years. Coker may be at the helm and he may be doing his best to work his magic at the moment, but the Bellator roster is what it is. Right now, it’s certainly no Strikeforce and it definitely isn’t close to competing with the UFC.