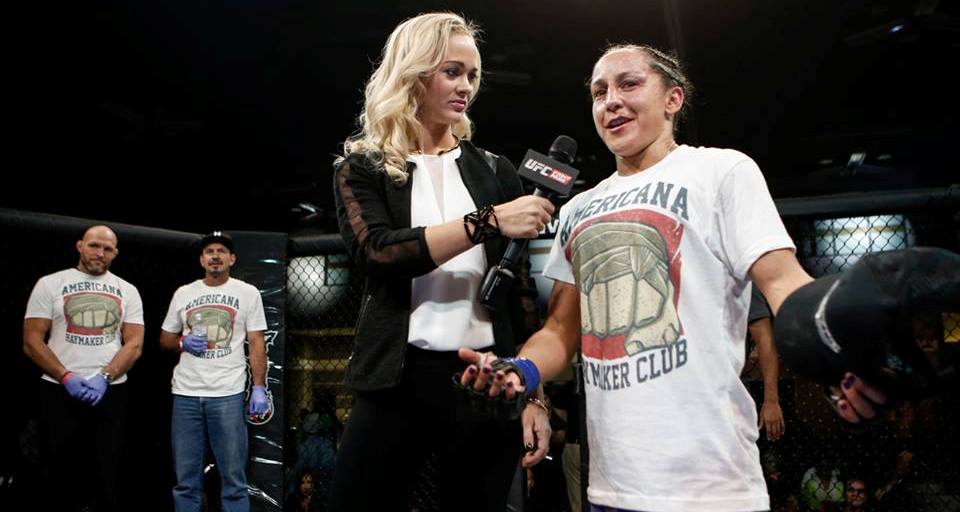 Do you know how to say congratulations in Finnish?

Learn how to with Laura Sanko, who does the interviews from backstage to the cage for all-women’s promotion Invicta FC on UFC Fight Pass. Sanko (@Laura_Sanko) took time with Joe Rizzo (@RearNakedChoke) and Jason Kelly (@JayKellyMMA) to learn the phrase in Finnish, as she gets ready to work Invicta 12, featuring Finnish headliner Katja Kankaanpää, a.k.a “The Killer Bunny.”

Sanko gave a detailed preview of Invicta 12, which takes place April 24 at the Municipal Auditorium in Kansas City, Mo. Acting as a third host on the show, Sanko assisted Rizzo and Kelly in recapping UFC on Fox 15, from New Jersey.

The former Invicta atomweight provided unique insight on sexist comments female combatants receive on social media, and specifically weekend winner and surging UFC strawweight Paige VanZant will encounter, being an attractive and talented female in the spotlight. Sanko also shed some light on the judging, both positives and negatives, in the sport.