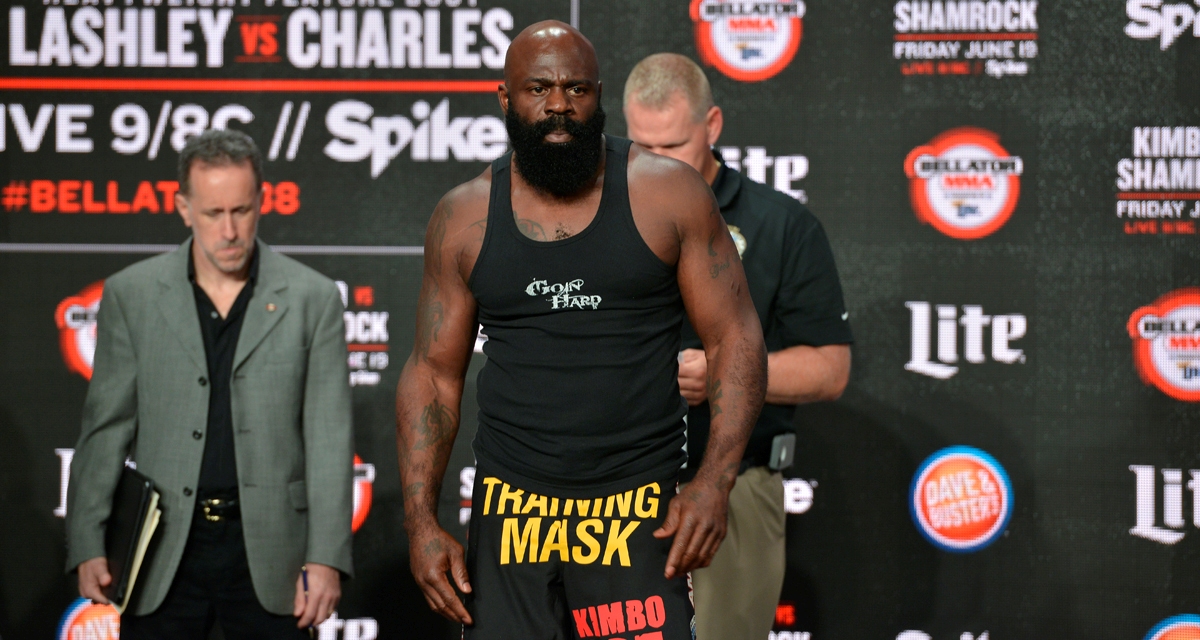 On Thursday, June 18, Bellator MMA will host the weigh-ins for its 138th event, dubbed Unfinished Business, which takes place, Friday, June 19, from the Scottrade Center in St. Louis.

The main event will feature a fight seven years in the making as Kevin “Kimbo Slice” Ferguson locks horns with Ken Shamrock. The pair were expected to meet in 2008, but Shamrock suffered a cut in training and was forced out of the bout at the last minute. The 41-year-old Slice has not fought in MMA since falling via TKO at UFC 113 to Matt Mitrione in 2010. Like his opponent, the 51-year-old Shamrock has been out of action since 2010.

In the co-main event of the evening, the promotion’s featherweight kingpin, Patricio “Pitbull” Freire, puts his title on the line against submission specialist Daniel Weichel. Pitbull stretched his winning streak to six with a fourth-round finish of Daniel Straus in January. Weichel, meanwhile, has won seven straight, including a decision win over former champion Pat Curran in February.

The event kicks off Friday with a preliminary card stream on Spike.com at 6:45 p.m. ET. The five-fight main card follows at 9 p.m ET on Spike.

The fighters hit the scales at 6 p.m. ET. Video of the action appears above (courtesy of Bellator MMA), while results appear below.