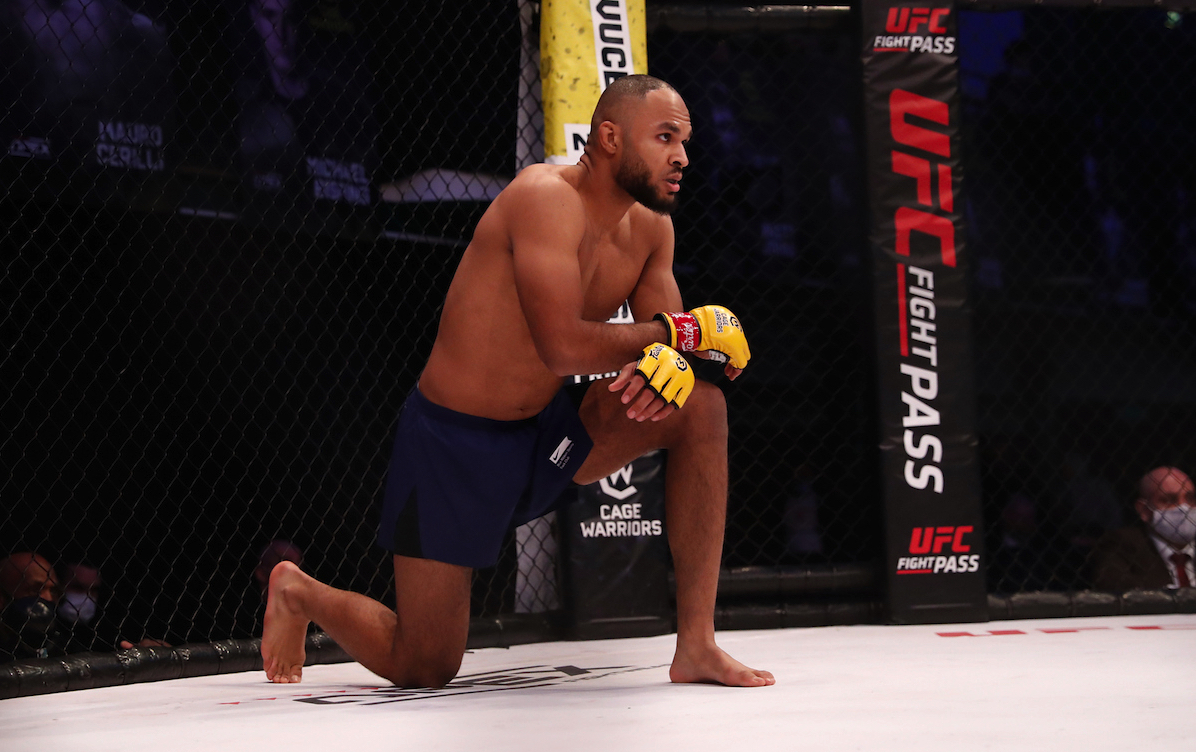 The UK has always been known for having scrappy fighters that have populated top MMA and boxing promotions in the world. The next fighter that could be a UK star with the UFC is Christian Duncan, who has had a beautiful 2022 campaign and has been impressive since his pro debut.

Duncan is a great athlete with outstanding, flashy striking. He uses the eight points of striking very well and will use fun techniques in the cage, which was definitely seen in 2022. Duncan scored two wins in 2022, which included winning the Cage Warriors title. He won that belt by bashing Djati Melan with flying knees and punches. He followed that up with a title defense knockout of Marian Dimitrov with a nasty flying knee and follow-up punches.

Duncan is clearly ready and definitely has the style that Dana White and his fellow matchmakers love. The 27-year-old banger has been a menace in his pro career and five highlight reel knockouts definitely show he’s ready to entertain a UFC audience. First, he has to fight New Years weekend against Jesse Taylor, a major test against a major league talent.

Some of the best prospects outside the UFC are ACA champions and that appears to be the case in ACA middleweight champ Magomedrasul Gasanov. Gasanov has proven over the last half of a decade that he is truly a top 185er that needs to be brought to the UFC.

Having not lost since 2015 and won 13 straight bouts, Gasanov has been dominant over in his home country of Russia. The dominant wrestler is very effective with scoring takedowns and controlling the fight from top position. The knock on him is that he wins by decision too much, but they aren’t especially close fights despite going to the judges. In 2022, the ACA champ won two major victories, scoring a doctor’s stoppage victory over fellow top middleweight prospect Abdul-Rakhman Dzhanaev and Artem Frolov.

I know Dana White likes finishers and I understand why; I do too. However, Gasanov is too dominant a fighter and too tough not to give a spot on the UFC roster.

One of the many top prospects running with the Khabib Nurmagomedov circle, Raimond Magomedaliev is a monster in the cage. He had a run with ONE Championship, but has since bolted to work for Nurmagomedov under the Eagle FC promotion.

Magomedaliev is a classic Russian fighter, though I would argue he has better striking than a lot of the wrestling-oriented Russians. He’s aggressive and can finish the fight with one shot. That said, his grappling and wrestling are strong, and he can finish you on the mat with strikes or submissions. He scored two wins in 2022 and both came over UFC veterans, as Magomedaliev defeated both Anthony Njokuani and Impa Kasanganay.

The 32-year-old Russian is a guy that has a few more years of his prime to make a run, and he should be a guy that gets a chance to do it. He’s proven he belongs fighting guys toward the top end of the middleweight rankings to see if he can become a contender.

Keeping with the Russian trend that seems to be so prevalent in these lists, Shamil Magomedov is definitely a UFC-ready fighter. The Eagle FC veteran is ready to jump from Khabib Nurmagomedov’s promotion to the big leagues ASAP.

Magomedov is a well-rounded fighter, possessing dominating wrestling from top position and strong striking. His track record has seen him beat some experienced fighters. His 2022 saw him score two victories, including a unanimous decision over Ramazan Gamzatov and a first-round knockout of ONE Championship veteran Igor Svirid.

There isn’t much more to say about Magomedov, as he’s an undefeated big show veteran ready for the UFC. He’s like many of his Russian brethren who have the toughness and well-roundedness to be successful.

Being undefeated in MMA 16 fights into your career isn’t easy given that styles do in fact make fights. It’s even harder to do in the Russian regional scene with the amount of talent there. That’s why Sharaputdin Magomedov appears to be a top-flight prospect in the middleweight division that the UFC need to get their hands on.

Magomedov is a spectacular striker with excellent power, technique and diversity of attacks. His kicks are nasty, he can beat you up with his knees and elbows, and his hands have dynamite in them. He also has pro kickboxing experience. While his 2022 was not as busy as his insane 2021, he still fought and won five times. He started off the year with a first-round knockout of Rodrigo Carlos in Brazil. He then scored a sub-two minute knockout with his hands over Pavel Burlutsky. That was followed up by a violent knockout from knees in the clinch against Sergei Martynov. He then scored a convincing unanimous decision over Mikhail Ragozin before ending the year with an eight-second knee knockout over Kushal Vyas.

Magomedov has the type of style that Dana White loves, in that he gets in the cage and head hunts with his high-level striking arsenal. He could come to the UFC and compete right away, including competing for Fight Night bonuses in any given bout.