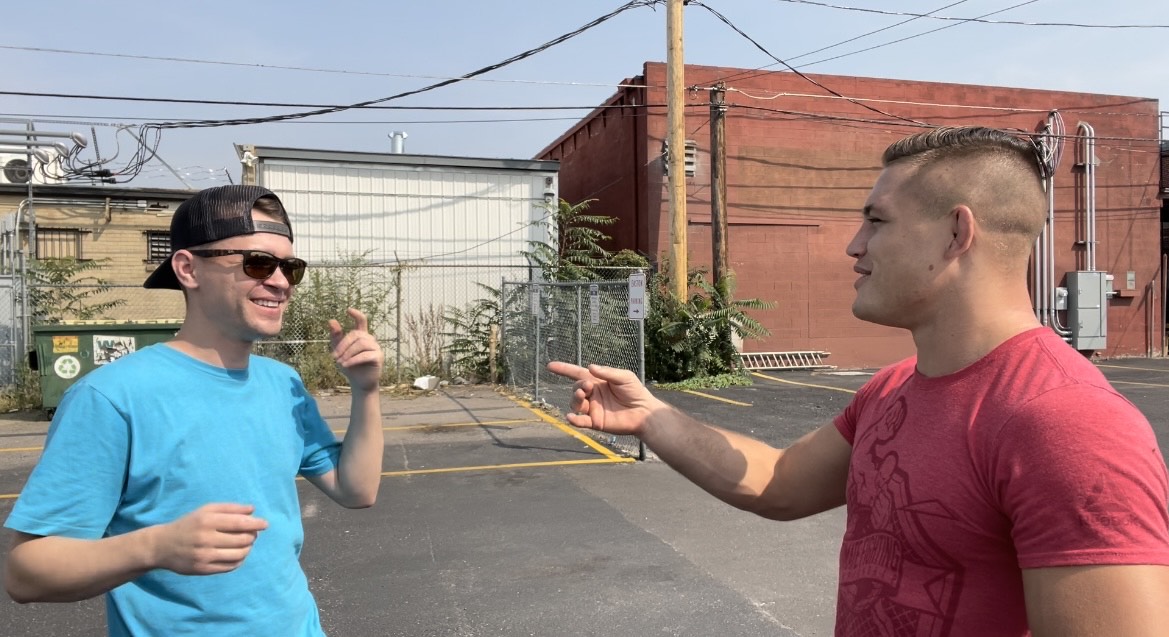 Recently, Vladimir Gornostaev, was able to catch-up with UFC lightweight Drew Dober for a quick Q&A session. Below are some details from their interview:

VG: “I follow you on Instagram, and you always motivate me with your dances for a good mood. How do you celebrate your victories?”

DD: “I am dance sometimes. I [like to] celebrate with food, dancing or both, depending what comes first. I usually go out socializing and meeting with fans. You know fight week, and everything around that. So, when I see the people who are huge fans of the sport, and of huge fans of me, I try to take every moment for those guys.”

DD: “I grew up really loving Mirko ‘Cro Cop’ [Filipovich], but after that I just grew. I take a little from many fighters – Anderson Silva, Georges St-Pierre, all these different fighters that I take little pieces from. So I want say [if it’s] just one role model, it is Mirko Cro Cop, but I take something from many fighters.”

VG: “Who are your best fighter friends?”

DD: “My best fighter friend, I would have to say, is Neil Magny. Ever since I moved to Colorado, from that moment, we became super close. He is really a good teammate. We help each other in and out the gym.”

VG: “You train in the same gym with Justin Gaethje, and, maybe someday, you will meet in the Octagon. How would that be, or is it just business?”

DD: “If we did, it would be super entertaining. We trade blows every Tuesday and Friday. I think now, I really don’t think about it, because he is there, you know, fighting for [the next title shot]. You know, we are moving up the rankings. So, there is so much room, that I would think about it more [if that time came]. But the person I am, I would have paid money to watch that fight.”

VG: “What does mean for you to be a fighter?”

DD: “It is everything to me. I think it is a virus, and this is not just a career for me. It is a complete lifestyle as I describe it – a constant search for self-improvement. And so, whether in the ring or in the gym, but I’m also like a coach, like a man, like a brother, like a son, like a father, you know? I’m always constantly trying to become better and better myself, so that I can help others.”

VG: “When is your next fight?”

DD: “I think in January or February.”

DD: “I don’t care who. Let it be at least Paddy ‘the Baddy’ [Pimblett]. Forever, this dude looks so fun. But, I mean, at this point, I just told UFC to find me someone in January and now I’m just waiting for the letter.”