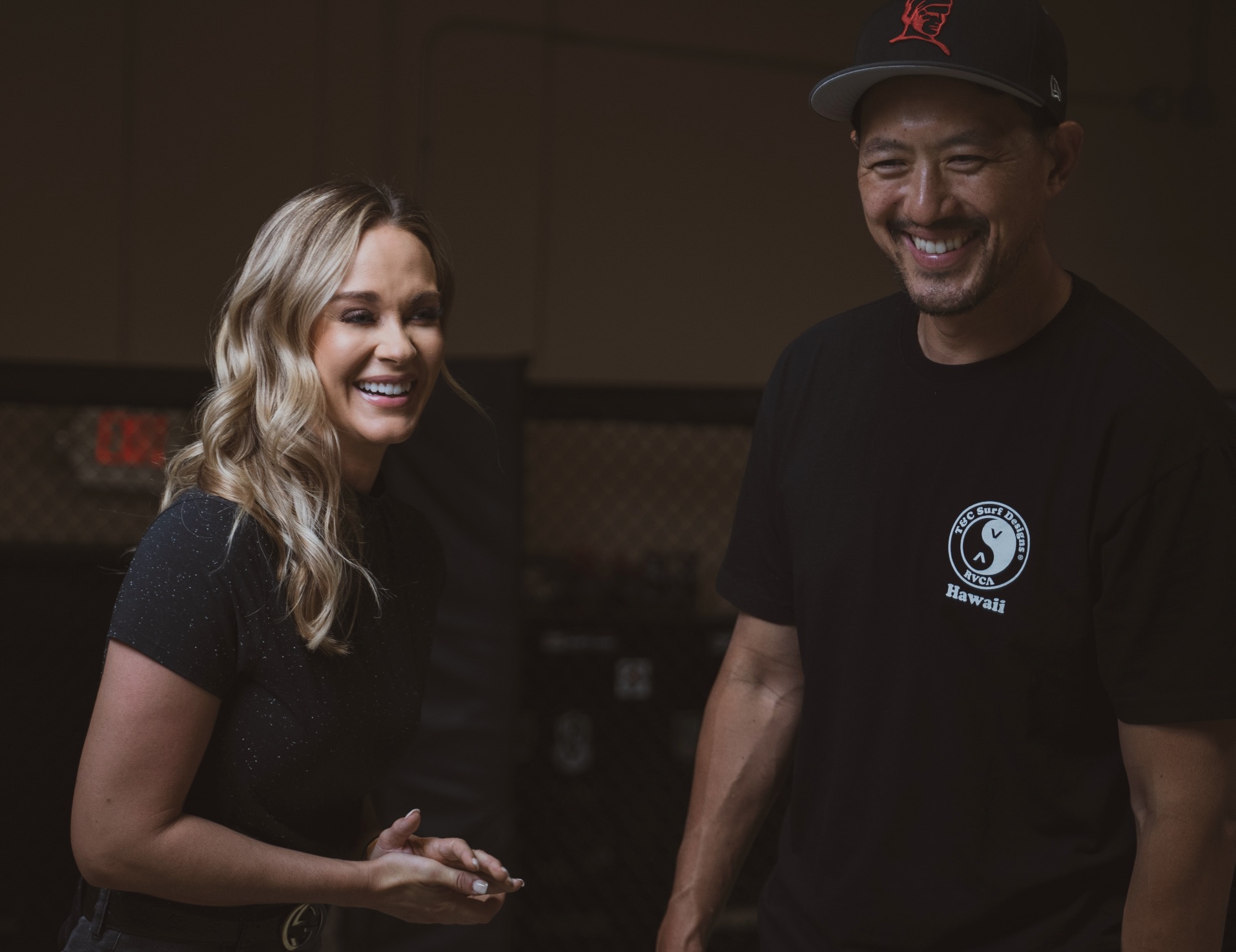 Wimp2Warrior Brand Ambassador Laura Sanko: ‘I Knew I Had to Get Involved’

Sanko, a former Invicta FC fighter and current UFC reporter and analyst, has joined Wimp2Warrior as its first brand ambassador. The Kansas City-based Sanko is a staple of the sport of late, appearing on broadcasts for the UFC, Legacy Fighting Alliance, and Invicta FC. Her new association with Wimp2Warrior won’t change Sanko’s existing duties, but she is eager to expand her voice as part of the organization.

“When I first heard about Wimp2Warrior, I was excited by it because it was me,” Sanko told Combat Press. “This is how I got into MMA.”

“I think in some ways I have a different story than the prototypical fighter. I got into MMA because I was at a time in my life when I needed a psychological outlet,” explained the former atomweight combatant. “Martial arts had been that for me earlier in my life, and I wanted it to be more applicable and realistic. Truthfully, I stumbled onto MMA.”

Sanko has experienced firsthand many of the very things that Wimp2Warrior was built upon, so becoming an ambassador for the program was a no-brainer.

“My life revolves around MMA in some way, shape or form every single day, and I love it that way,” said Sanko. “The people involved with Wimp2Warrior are [like] me. I know how MMA changed my life for the better — psychologically, physically, professionally, spiritually and socially. I was exposed to people I would have never been exposed to otherwise. I’ve met so many people from such diverse backgrounds, races [and] religions. To find a program that would get people to have a similar experience that I did, I knew I had to get involved and spread the word.”

Although Sanko may be a familiar face to fight fans across the globe, she still finds fans who are intimidated by the sport. With her new role, she aims to change this.

“I talk to women who say, ‘I could never do that,’ and they’re always so surprised when they find out I fought. They say, ‘You don’t look like a fighter,’ or, ‘Wow, I could never never punch someone or get punched by someone.’ My immediate reaction is always, ‘Yes, you could,'” declared Sanko.

“There’s a warrior inside every person, and it varies on how you find it. Everybody is capable of getting to that place inside themselves. It is incredibly powerful. With Wimp2Warrior, I want to help people see the everyday side of MMA. It’s not all legs breaking, blood, [and] winning belts. The sport, at its heart, is about combat with another individual, but also combat within yourself. Being able to handle yourself in a high-stress, high-adrenaline situation has so many applications in people’s everyday lives. I want to make it acceptable to everyone.”

Beyond the fitness programs, Wimp2Warrior also helps with the business side of MMA. Sanko, like many of those involved in the sport, has witnessed how things can go south even for the best fighting minds while running a gym.

“I’ve been around MMA gyms for 14 years now, and I’ve seen how a lot of gyms are run by great martial artists [who are] terrible business people. Their passion isn’t how to collect credit-card payments every month or how to market themselves. I’m super passionate about helping these small, grassroots martial-arts gyms do a better job of marketing MMA to the public and helping them make it a money-making venture within their gym. And you never know, you might end up with some UFC fighters out of it — or even the next Laura Sanko,” she quipped with a laugh.