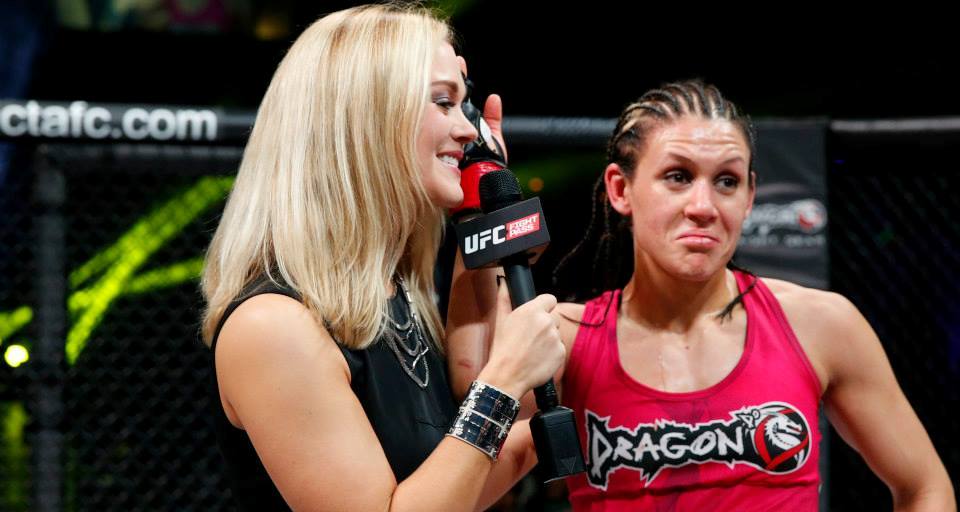 Laura Sanko has gone from Invicta atomweight fighter to the all-women’s promotion’s event reporter on UFC Fight Pass. Sanko (@Laura_Sanko) took time with Joe Rizzo (@RearNakedChoke) and Jay Kelly (@JayKellyMMA) to talk about all the news-makers in women’s MMA, including Ronda Rousey and Cris “Cyborg” Justino, both of whom won title fights over the weekend.

Sanko was in attendance for both, working the cage and the hallways for Invicta 11 on the UFC Fight Pass telecast Friday, and sitting cageside Saturday for UFC 184. Sanko takes RNC Radio behind the scenes of her post-fight interviews in the cage, gives her unique critique of Joe Rogan’s similar work, reveals how she made it from the cage to the mic, and tells the story behind her first interview with UFC president Dana White. She addressed her possible future inside the cage, discussed her first experience with haters on Twitter, including fighter Amanda Lucas, and expressed her admiration for UFC announcer Jon Anik.

As always, feel free to comment below or send feedback about the show to @RNCRadio or @CombatPress on Twitter, or on Facebook at RNC Radio or Combat Press.
Advertisement